Mumbai (Maharashtra) [India], January 2 (ANI): Bollywood actor Kangana Ranaut on Friday hosted a New Year party for the team of her upcoming action-drama flick 'Dhaakad' and shared glimpses of the party on her social media accounts.
She wrote, "It was a wonderful day. Sharing some glimpses of the brunch today," with red heart emoticons. "For me party means Food," she added.
She also posted three pictures that include Bollywood actor Arjun Rampal. 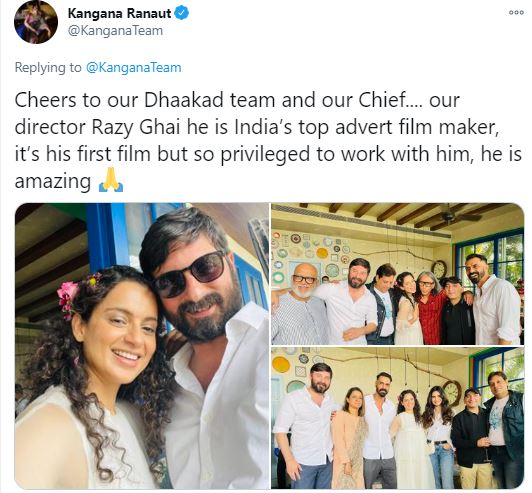 In the caption, the 33-year old actor wrote, "Cheers to our Dhaakad team and our Chief.... our director Razy Ghai he is India's top advert filmmaker, it's his first film but so privileged to work with him, he is amazing."
On the work front, Kangana Ranaut, after wrapping her shoot for the much-anticipated project 'Thalaivi,' is preparing for her upcoming flick 'Dhaakad'. Besides that, she also has a patriotic film 'Tejas' in the pipeline. (ANI)