Kajol celebrates 10 years of 'We Are Family'

Kajol celebrates 10 years of 'We Are Family'

New Delhi [India], September 3 (ANI): Actor Kajol on Thursday got all nostalgic as her Bollywood drama film 'We Are Family' completed 10 years of its release today.
The star on Twitter shared a montage video to celebrate the decade mark of the movie.
The shared video consisted of several clips, showing the behind-the-scenes while making the movie.

Apart from the 46-year-old actor, the family entertaining movie featured Arjun Rampal and Kareena Kapoor Khan in the lead roles.
"Celebrating 10 years of bonding, love & parenthood. #10YearsOfWeAreFamily," the 'Kuch Kuch Hota Hai' actor tweeted alongside the video.
While the director of the flick also hopped on to the micro-blogging site to thank the whole cast and crew for making his first directorial project a "dear" one.
"A first film is always dear to any filmmaker. Thank u @DharmaMovies @karanjohar @apoorvamehta18 for empowering us to tell stories. Few memories bts #10yearsofwearefamily thank u @itsKajol[email protected] @EhsaanNoorani #KareenaKapoor my full cast and crewAlways," he tweeted. 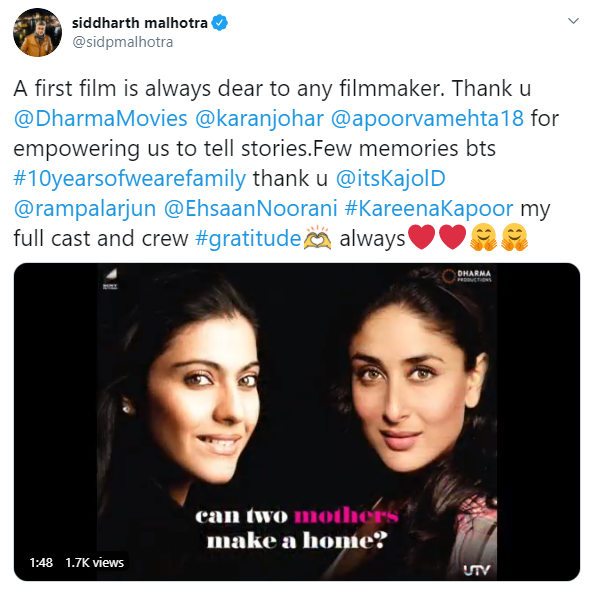 Bankrolled by Karan Johar, the movie has received favourable reviews from critics on its worldwide release on September 3, 2010. (ANI)