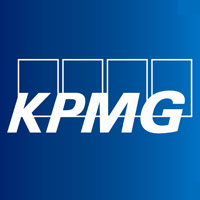 08 November, 2014
Print this article Font size -16+
Richard Rekhy has been appointed as the new CEO of KPMG India, succeeding Russell Parera who led the firm for six years. Richard has been with KPMG in India for more than eight years and has held many leadership positions in the firm.

Richard in his previous role as the Head of Advisory at KPMG in India, successfully led the Advisory practice making it one of the biggest advisory practices in the country and also within the global KPMG network.

"As I hand over the baton to Richard, I feel proud that with the foundation that we have laid as a team, the firm is poised to further growth under Richard's leadership" said Russell Parera.

"The global and the India economy are going through some significant changes. It is a matter of great pride to lead a team of professionals during these exciting and challenging times to help our valued clients capitalize on the various opportunities. I keenly look forward to invest in our clients and people and lead the KPMG practice in India towards the next wave of growth" said Richard Rekhy.
Tags assigned to this article:
economy leadership kpmg india richard rekhy russell parera