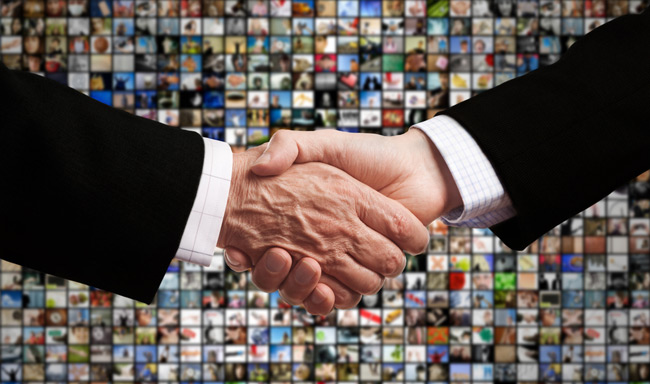 17 November, 2015
Print this article Font size -16+
Global investment firm KKR and The Chernin Group, LLC on Tuesday (03 November) announced the creation of Emerald Media with an initial commitment of $300 million from KKR from its Asia Fund II. The Chernin Group will be joining as a minority co-investor. The two investment groups are building a war chest to buy controlling stakes or a significant majority holding into promising Asian media and entertainment businesses.
In a joint statement on Tuesday, KKR and The Chernin Group said that the multi-layered partnership was seeking to capitalize on fast-growing media and entertainment industries across Asia. KKR has also acquired a significant, minority stake in CA Media, the existing Asian media portfolio of The Chernin Group.
Media industry veterans Rajesh Kamat and Paul Aiello will jointly head Emerald Media, which will have offices in Mumbai, Hong Kong, and Singapore. They will also continue to manage the CA Media which has significant assets in India in the form of controlling stakes in Endemol Shine India, Graphic India, Fluence, and Only Much Louder, as well as in Indonesia.
Rajesh Kamat formerly headed and launched the Colors network, owned by Viacom18, while Paul Aiello, it may be recalled, held office as CEO of Star Asia before moving to the Chernin Group.
Emerald Media will focus primarily on providing growth capital ranging from $15 to $75 million for both control and significant minority positions to media, entertainment, and digital media businesses in Asia.
Joseph Y. Bae, Member of KKR & Managing Partner of KKR Asia, said, "The growing middle class in the region is using its discretionary income on Internet connectivity, but the industry itself is fragmented. Investing behind proven leaders with high growth potential is a cornerstone of KKR's Asia strategy."
Much in the same vein, CA Media chief Rajesh Kamat said: "The media and entertainment sector is on the cusp of a strong growth phase-driven by media convergence, an attractive investment environment, and rising discretionary spends. With the building blocks for growth in place, there is a significant opportunity to create a diversified portfolio of assets in this space, building on our accomplishments and ongoing work with CA Media and The Chernin Group."
Tags assigned to this article:
kkr The Chernin Group Media Buyouts funds Emerald Media rajesh kamat acquisition