Justin Bieber reflects upon his DUI arrest on 7th anniversary

Justin Bieber reflects upon his DUI arrest on 7th anniversary

Washington [US], January 24 (ANI): On the seventh anniversary of Canadian singer and songwriter Justin Bieber's DUI arrest in Miami, he reflected upon the incident and noted how his life has changed since then, when he was "unhappy" and "hurting."
According to E! News, the 'Sorry' singer took his Instagram on the seventh anniversary of his Miami arrest and reflected upon the day by uploading a photo taken of him leaving jail post-bail, after his arrest. In the caption, he wrote "7 years ago today I was arrested, not my finest hour. Not proud of where I was at in my life. I was hurting, unhappy, confused, angry, mislead, misunderstood and angry at god. I also wore too much leather for someone in Miami. "
The 26-year-old pop star added, "All this to say God has brought me a long way. From then til now I do realize something. God was as close to me then as he is right now. My encouragement to you is to 'let your past be a reminder of how far god has brought you."
In the picture Justin posted, he wore a black hoodie over black tank top paired along with black leather shorts and bright red sneakers. 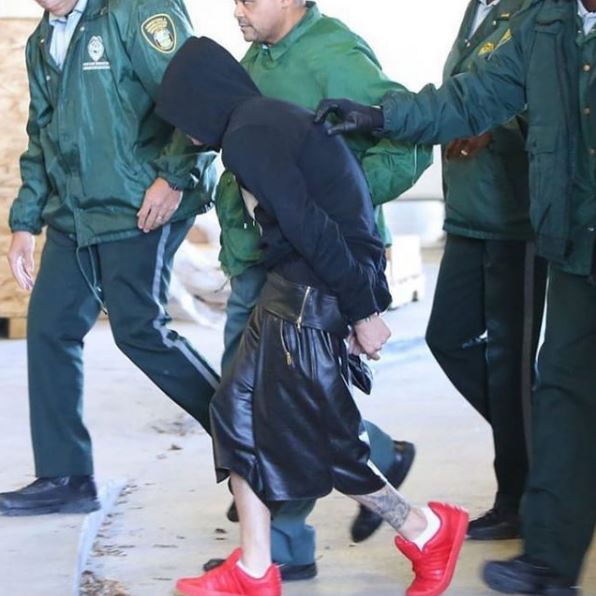 "Don't allow shame to ruin your "today" let the forgiveness of Jesus take over and watch your life blossom into all that God has designed you to be. LOVE YOU GUYS WITH MY WHOLE HEART," he concluded the post.
As per E! News, back in 2014 when Justin was nineteen years old, he was arrested on suspicion of drunk driving, drag racing, driving without a valid license and resisting arrest after cops pulled him over on a residential street in Miami. Although his alcohol level was under the legal limit, later conducted tests showed Xanax and marijuana in his system.
Months after his DUI arrest, Justin pleaded guilty to reduced charges. He was ordered to undergo a 12-hour anger management course, complete a DUI education program, pay fines and make a charitable donation of fifty thousand dollars. (ANI)