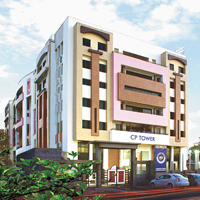 08 November, 2014
Print this article Font size -16+
In small-town India, a father pledged his land and took a loan to fund his son's business school education. Impressed by the ads in local papers, both father and son had decided that the most advertised B-school from a big city would be the institution of their choice. Before the son could finish his term, the institute got derecognised and vanished into thin air. Slipping into depression, the son developed suicidal instincts. "I lost my land. Now, I am in danger of losing my son," says the inconsolable father.

There was a time when education was a service. Then it became a business. The irony is that the drama of tall claims, super claims and even false claims is being played out in the stream called ‘business' education.

That education services advertising is omnipresent, particularly in print media, was evident from the fact that the second largest advertiser in print media in 2009 was not a car or a telecom company, but a B-school. But it's not the sheer scale of spending, it is the contents in the ad — all sorts of promises — that has invited sharp criticism from all quarters. As a custodian of Indian advertising standards, even the Advertising Standards Council of India has been facing flak for inaction (see ‘As Good As Lifeless', BW, 28 June 2010).

Partly stung by barbs, part proactive, the ASCI last week announced draft guidelines for regulating advertising standards in the education sector in India. The new advertising content guidelines, expected to come into force in a couple of months, will apply to all ads targeting students — be it for educational institutions, coaching classes or  educational programmes.

Leading the ASCI charge for fair and just advertising in education is a B-school professor, Dhananjay Keskar, who was elected as ASCI's chairman less than a year ago. Keskar wears the double hat as a director of a Pune business school, IBS. "Recently, ASCI has been receiving several intra-industry complaints against claims being made in ads of various institutions. Many students and parents too have complained to ASCI," says Keskar.

Among the other points that will come under close scrutiny after the guidelines are enforced include the temptation of most education service providers to attach the tag of "official", "accredited", "affiliated" and so on. Even making the promise of 100 per cent placements or disclosing average salaries of previous years will have to be substantiated with evidence.

Arvind Sharma, chairman (India sub-continent) of Leo Burnett, and an ASCI board member, says that the guidelines gain even more importance in the backdrop of changes in the education policy. "There is likely to be an even larger influx of private players," he says. That also means more advertising.

There are others who say that the guidelines chalked out by the advertising watchdog will only have the desired results, if media owners decided to join the cause. "If media owners decide to not accept ads that are making dubious claims, it will be half the battle won," says one media insider.

But in an industry where every penny counts, it's wishful thinking that media owners will line up to turn away advertisers.