Judicial Reform A Must

Of all the UPA’s perceived sins, its shunning of investment was probably the unkindest cut of all. Take, for example, the Vodafone tax case. Did it achieve anything? Investors still protest the unfairness of using a retrospective amendment to over-rule a Supreme Court verdict that went against the government. Abraham C. Mathews speaks to Cyril S. Shroff, managing partner, Amarchand Mangaldas, to get an idea of what the government should do on priority in terms of sending the right signals. 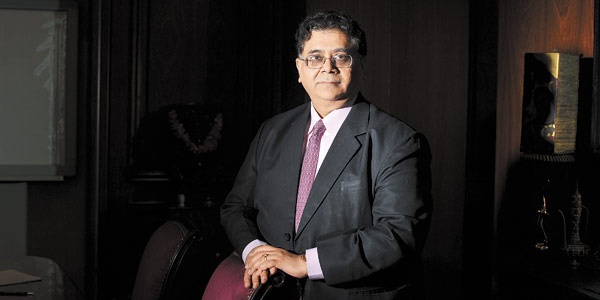 In your view, what are the government’s priorities?
We should really start investing in the reform of the judicial system. Much of the current lack of confidence springs from the fact that our judicial system has a terrible reputation. He (the new PM) should treat it like an industry. Treat it like infrastructure, invest $500 million in the judiciary and it will work wonders. The backlog of cases will come down from 14 years to three years. Spend that money on the entire judicial system. Why do the world’s financial sectors attract investments? Predictability. Predictability also comes from the way the courts function. Our court system is really under-invested. The perception among investors is that if a matter is in the courts, 10-15 years are gone. Why can’t we fix that?

Tax policy, in the past five years, has been Corporate India’s bugbear. What can the new government do to assure investors?
Resolve the Vodafone case at the earliest. It will be a low-risk, high-impact decision. Everybody wants it solved, but nobody knows how to. They should find a fair solution and put the case to bed, and create predictability. Now that Vodafone has gone for arbitration, there is an opportunity to settle it within that framework. But, it requires leadership — bold leadership — to admit that there is a problem, take it head on, and get it out of the way so that confidence is restored.

How does the government get industry functioning again?
The government should try to kick-start infrastructure (development). This involves two parts. A lot many projects are fully constructed but get stalled for want of appropriate environmental approvals. The government should deal with them proactively, that is, restart these idle assets. Linked with that, particularly in power, are fuel linkages. Power is a very important piece because of the repercussions it has on industry.  The second is to deal with the problem in the banking system. You are not going to get banks to lend to the infra sector or the corporate sector unless their own stress is resolved in some way. Whether it is by recapitalisation or cleaning up banks, the banking sector has to get confidence and be made vibrant again.

Regulation that applies to corporates as a whole has come under scrutiny. What are the areas where clarity is required?
A big problem is the perceived hassle factor of the new Companies Act. My view on it is that it is a well-intentioned legislation. But the execution is terrible — poor drafting and confused concepts. The underlying principles in terms of better corporate governance or more minority protection — all of them are good. They have also regulated for exceptions. They are making no difference between the good sheep and the bad sheep, which is probably true of any legislation. But it is coming in the way of doing business for no reason. I am not even sure they intended it. From an FDI perspective, simplicity would be required. It has become so complex. Be it investment in the financial sector, multi-brand retail, which has political connotations, telecom M&A, as well as FDI related to that. The entire FDI framework requires a solid business-like review. If I were to take a decision, I would appoint a committee to look at the entire FDI framework. The committee must be drawn from the private sector, not a set of bureaucrats. They never get the private sector viewpoint.

What about Gaar (General Anti-Avoidance Rules) which comes into effect next year and is expected to rein in tax evaders?
I don’t have a problem, conceptually, with the notion of Gaar, provided you implement it fairly on clear guidelines. You can’t function under a constant threat that you will be harassed by the taxpayer. I think there is a huge issue of competence among the drafters.

Under the new Act, land acquisition will be a big challenge for corporates looking to build capacity. What is required in terms of the legislation?
The intentions are good in the new Act. Under the old Act, because of the objections that used to come in, projects got delayed. Now, that has been sorted out. But, the manner in which it has been implemented leaves much ambiguity and room for concern. Land acquisition, instead of becoming simple, has only become more cumbersome.

How do you propose the mounting NPA (non-performing assets) problem be tackled?
That brings us back to what we said earlier about judicial efficiency. A lot of the NPA problem has to do with the fact that a host of recoveries are pending as a result of delays in the judicial system. If you speed up the judicial system, it will have a cleansing effect on everything. Speeding up of the judicial process and investing in a quality judiciary will have benefits across industry.