Washington [US], February 23 (ANI): The highly-anticipated gangster drama 'Mumbai Saga', featuring John Abraham and Emraan Hashmi, has finally got a theatrical release date. The film is set to hit the big screens on March 19 this year.
The teaser for the movie will be unveiled tomorrow. Indian film critic and trade analyst Taran Adarsh confirmed the same on his Twitter handle on Tuesday.
He wrote, "JOHN ABRAHAM - EMRAAN HASHMI: #MUMBAISAGA RELEASE DATE + TEASER TOMORROW... #MumbaiSaga - which teams #JohnAbraham and #EmraanHashmi for the first time - to release in *cinemas* on 19 March 2021... The gangster drama is set in 1980s and 1990s... Directed by Sanjay Gupta." 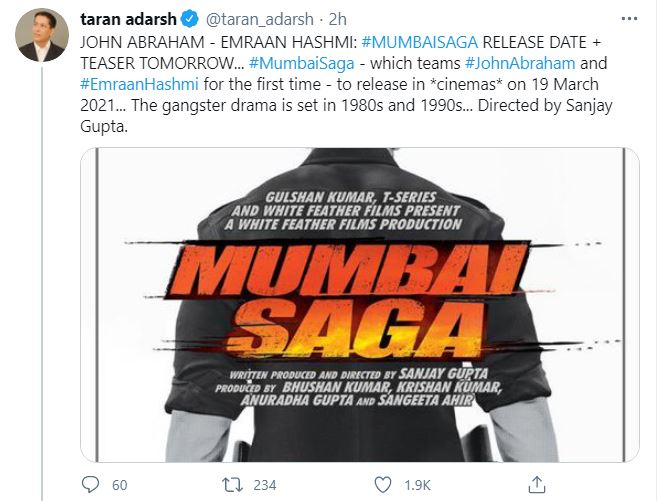