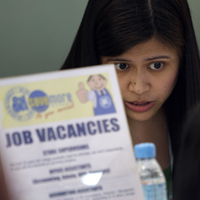 A monthly comparison also shows a growth of 5 per cent in hiring activity compared to June 2014. Industry wise hiring has seen a growth of 32 per cent and 31 per cent in the sectors like BPO and IT sectors respectively, in July 2014.

Hitesh Oberoi, Managing Director and CEO Info Edge (India) Ltd, said “Hiring activity is slowly bouncing back. We expect the hiring landscape to improve in the coming six months especially in sectors like IT and Services which continue to create most of the jobs in the country”.

Oil& gas and Insurance are facing headwinds with the index moving down by 8 per cent and 4 per cent respectively in the July 2014 over July 2013.