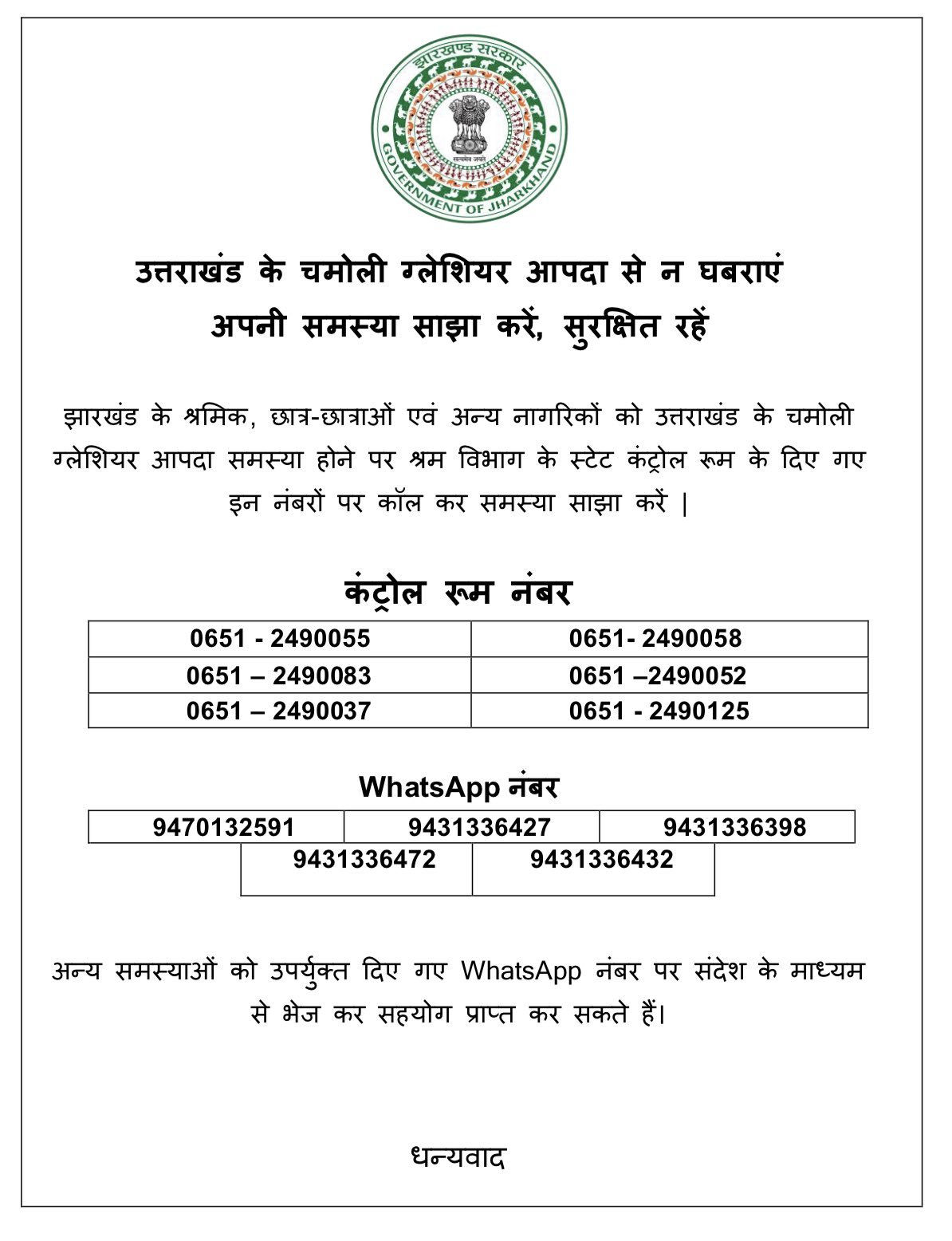 Tapovan Hydro-Electric Power Dam, also known as Rishi Ganga Project was completely washed off following a glacier burst in the Chamoli, said the Indian Air Force's initial report as Advanced Light Helicopter (ALH) deployed at Joshimath has undertaken recce of the affected areas.
A glacial broke in the Tapovan-Reni area of Chamoli District of Uttarakhand on Sunday, which led to massive flooding in Dhauliganga and Alaknanda rivers and damaged houses and the nearby Rishiganga power project.
"Over 200 people are feared to be missing following the glacier burst," said Uttarakhand Chief Minister Trivendra Singh Rawat on Monday. (ANI)