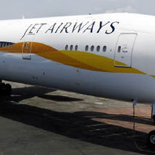 At the same time, his ministry is revising the note for the Cabinet which will address the concerns raised by various parties and Members of Parliament but would not go back on the contents of the bilateral agreement between India and Abu Dhabi on seat-sharing. During the meeting, Singh is believed to have discussed the fate of the Rs 2,058 crore deal between Jet Airways and Abu Dhabi's Etihad Airways.

Singh, who heads RLD, has been strongly defending the deal even while the PMO has referred the issue to various ministries for addressing concerns raised by some MPs over equity stakes and arrangements for sharing of seats in the lucrative sector.

Etihad Airways had on 24 April announced its decision to purchase 24 per cent stake in Jet Airways. On 13 June, the Foreign Investment Promotion Board (FIPB) deferred a decision on the deal, saying it required more clarity on control and ownership structure of Jet Airways. Jet chairman Naresh Goyal owns a 51 per cent stake in the airline.

The PMO on Tuesday said the equity stake sale matter was still under examination. It also asserted that there were no differences between Ministries over the air services agreement between India and Abu Dhabi. The PMO said it had sought redrafting of a note prepared for the Cabinet on the issue.

The Civil Aviation Minister insisted that there no discussion over the deal and that he had gone to meet Gandhi to invite her for the inaugural function for Aviation Academy in Rae Bareli in north India.

The Jet-Etihad deal has run into rough weather as objections have been raised by senior BJP leader Jaswant Singh, Communist Party of India's Gurudas Dasgupta, Dinesh Trivedi (Trinamool Congress) and Janata Party chief Subramanian Swamy. Each of them have shot off separate letters to Prime Minister Manmohan Singh.

Strongly defending the deal, Ajit Singh has maintained that "it is such an important deal..., the first big deal in Civil Aviation Ministry. In terms of FDI, it is bigger than any other deal this year."  While the Civil Aviation Ministry is revising the Cabinet note, Ajit Singh on Thursday said, "There is no question of revising the bilaterals."  He was replying to a question whether there was any possibility of slashing the number of seats.

Under the bilateral agreement, both sides had decided to increase the number of seats by 36,670 seats per week over three years, taking the total to 50,000.

"Looking at the growth in air traffic out of India, in fact we might have to give more bilaterals (to various countries)," he said.

Official sources said an international agreement between two sovereign nations cannot be changed unilaterally as any such move would be a violation of its international commitment. It could have serious implications for India in the international community, even to the extent of the matter being dragged to the International Court of Justice.