Washington [US], February 5 (ANI): After being sober for the past 22 years, American actor and author Jamie Lee Curtis reflected upon her sobriety with a throwback picture on social media.
The 'Halloween' star took to Instagram handle and posted a throwback photo of her holding a glass of alcohol. In the caption, she detailed her past struggles with addiction and how she overcame them.
She wrote "A LONG time ago... In a galaxy far, far away... I was a young STAR at WAR with herself," the 62-year-old wrote. "I didn't know it then. I chased everything. I kept it hidden. I was [as] sick as my secrets."
Jamie further added "With God's grace and the support of MANY people who could relate to all the 'feelings' and a couple of sober angels...I've been able to stay sober, one day at a time, for 22 years," Curtis continued. "I was a high bottom, pun kind of intended, so the rare photo of me proudly drinking in a photo op is very useful to help me remember. To all those struggling and those who are on the path...MY HAND IN YOURS." 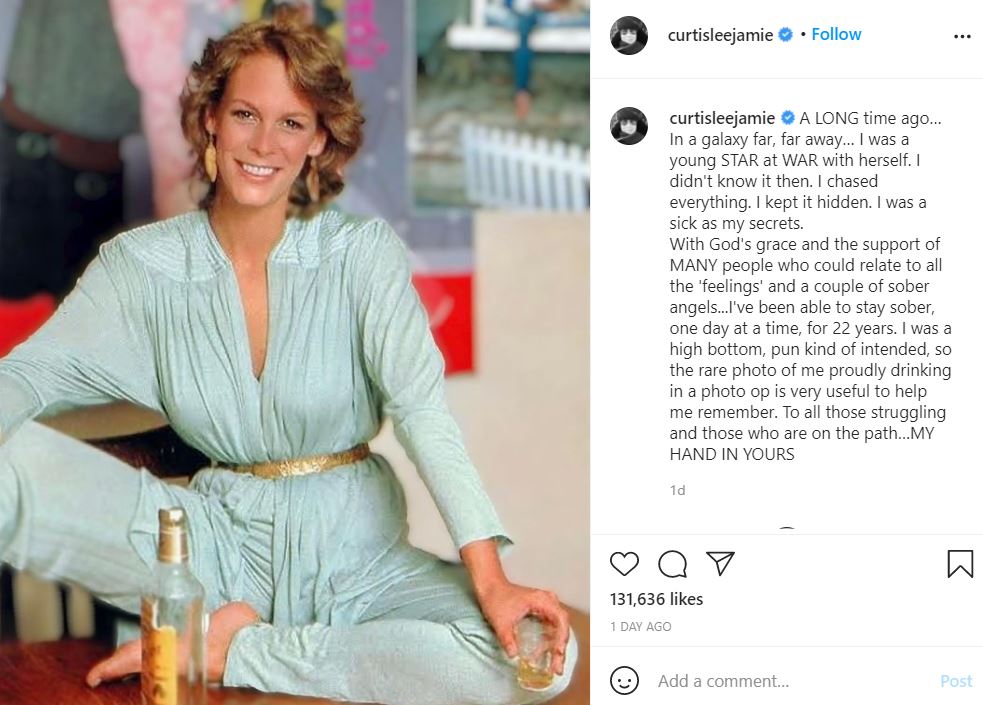 As per Fox News, Jamie isn't the only member of her family who has battled addiction. Her late father Tony Curtis struggled with alcohol, cocaine, and heroin addiction in his lifetime. Her half-brother, Nicholas Curtis, died from a heroin overdose in 1994 at the age of twenty-three. (ANI)