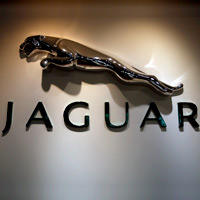 China is the world's biggest auto market and is expected to overtake the US for high-end producers like Jaguar Land Rover with sales of 2.7 million luxury vehicles annually by 2020.

Tuesday's announcement came a week after the China joint venture of BMW, the German luxury auto brand, said it would recall 143,215 vehicles in the country.

Official news agency Xinhua also said last month that foreign producers were reaping exorbitant profits from imported luxury cars and should face an anti-trust investigation, a report seen as a possible shot across the bow of foreign firms.

Jaguar Land Rover will recall 3,196 Jaguar-XF models made between July 2012 and May 2013, and XJs produced between March 2012 and May 2013 due to potential engine problems, China's General Administration of Quality Supervision, Inspection and Quarantine (AQSIQ) said in a statement on its website on Tuesday.

Some 8,656 Land Rover Freelander 2s and Range Rover Auroras - made between January 2012 and June 2013 - will also be recalled due to possible oil leakage, it said.

"The company's technical field reporting team was made aware of a limited number of incidents involving fuel leaks from the affected engine," Jaguar Land Rover said in an emailed response. "Following a thorough and detailed engineering investigation, Jaguar Land Rover has taken the decision to voluntarily recall all potentially affected vehicles."