Dharamshala (Himachal Pradesh) [India], November 29 (ANI): Bollywood actor Jacqueline Fernandez on Sunday announced a wrap of the Dharamshala schedule of her next horror-comedy 'Bhoot Police' and shared a picture of herself holding a rose.
The 'Kick' actor along with actors Saif Ali Khan, Arjun Kapoor, and Yami Gautam were shooting for the horror-comedy in the mesmerising location here.
Dressed in a pink fur coat and matching cap, the 'Judwaa 2' star stood amid the rich flora of the hilly region. In the backdrop, one can catch a mesmerising view of the breathtakingly beautiful location, as the sun shines amid the shrubs. 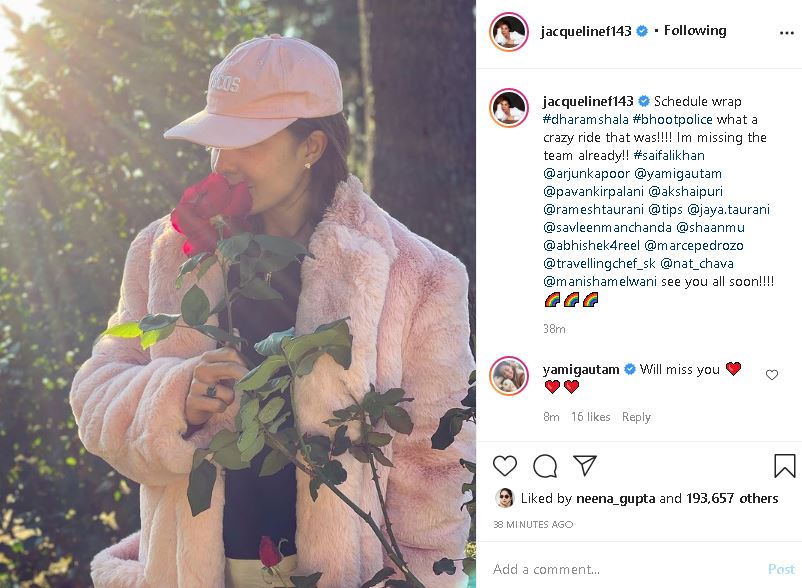