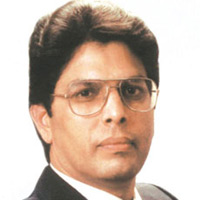 08 June, 2015
Print this article Font size -16+
Former CEO of Hindustan Thompson Associates  (HTA) and Chairman Emeritus,  JWT, Mahinder K. Khanna or Mike Khanna as he was popularly called, breathed his last on Saturday (6 June) evening.
With his demise, the advertising world has lost an outstanding ad person. Khanna, however has left behind a rich legacy. He guided HTA for 20 years with outstanding prowess. After taking over the wheels from another  great, the late Subhas Ghoshal in 1984, Khanna devoted more than 38 years with the agency, and was finally appointed the Chairman in January 2004.
Mike had built HTA into the single largest agency in India, and was reputed for creating some of the leading brands in the country. HTA was also called the universe of advertising. Mike also played a dynamic role in industry affairs, such as the Advertising Agencies Association of India and the Advertising Standards Council of India.
He is also credited for guiding many youngsters in this field, among them Rohit Ohri, who has taken charge as CEO of Dentsu Asia Pacific.
His persona was all about professionalism and humility. An economics honours graduate, he obtained his MBA from New York University. He was conferred with the Lifetime Achievement Award by the AAAI.
Legacy has now become a rather clichéd term, and yet the term when associated with Mike Khanna evokes a sense of accomplishment.  And as H.W. Longfellow mentions, “When a great man dies, for years the light he leaves behind him, lies on the paths of men”.
Tags assigned to this article:
more 4 marketing and advertising jwt manish kumar pathak mike khanna hta