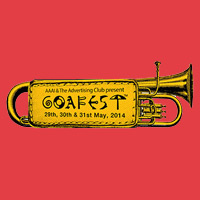 08 November, 2014
Print this article Font size -16+
There were celebrations in the JWT camp as it swept the Creative Abby Awards at Goafest2014 with a mighty tally  of  40  - with one Grand Prix, five gold, 13 silver and 21 bronze. JWT bagged the Grand Prix for its entry ‘Genomusic Project’ for Bay Beat Collective in the Direct Category.

In all four Grand Prix were given away in the Creative Abbys category. Apart from JWT, the other three Grand Prix winners were Jack in the Box worldwide, Alok Nanda & Company and Digital Law and Kenneth.  On day one, PHD India had picked up a  Grand Prix in the Media Abbys for its BeBeautiful campaign.

Taproot India had a happy outing at the advertising world’s top event in India picking up 29 of the Creative awards. It won three gold, 10 silver and 16 bronze. [email protected] Advertising (with a tally of 14), Discovery Networks with a haul of 10, and DDB Mudra with 9 in their kitty were some of the other significant winners.

In all a total of 329 Creative Abby awards were up for grabs at Goafest2014.  With six top agencies – notably Ogilvy, McCann ERickson, Leo Burnett – staying away, this year there were a lot of new faces on the winner’s podium.

With the shadow of last year’s controversy over scam ads hanging over their heads, the organizers stressed that this year there have been enough safeguards to prevent such a situation arising again. Not only did KPMG do back audits with clients on all the metal winners, but  all the shortlisted entries were put up on a website so that people could give feedback, revealed the organisers. A few cases of plagiarism were spotted and weeded out, admitted the organizers,

The absence of the big agencies may have been felt at the awards evenings, but in the end, the event still managed to hold its own through some interesting content and presentation format.