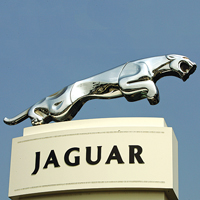 British luxury carmaker Jaguar Land Rover (JLR) plans to create 1,700 jobs at its Solihull plant as part of the investment to expand its range of sports cars. The cash will be spent on designing systems to help the group introduce new one-piece aluminium vehicle architecture into its range.

The latest additions will bring the total number of UK manufacturing jobs announced by JLR over the last three years to almost 11,000. The company, owned by India's Tata Motors, said the investment would also deliver another 24,000 jobs in the supply chain.

A Jaguar sports sedan, due to be launched in 2015, is being billed as one of the most efficient, advanced and refined premium sports sedans in the segment. It will also feature the first engine to be built at the iconic luxury car brands' new 500-million engine manufacturing centre near Wolverhampton.

"Jaguar Land Rover is a business driven by design, technology and innovation and this investment and level of job creation is yet further evidence of our commitment to advancing the capability of the UK automotive sector and its supply chain," JLR Chief Executive Officer Ralf Speth said at the Frankfurt Motor Show on Monday, 9 September. Speth said the investment would allow the company to deliver "an enhanced range of models ... in new segments and markets."

Jaguar plans to launch new affordable models from 2015 in a bid to emulate the success of lower cost luxury vehicles made by its sister company Land Rover, sources told Reuters in July.