Srinagar (Jammu and Kashmir) [India], February 18 (ANI): The 24-member delegation of foreign envoys was briefed by the Jammu and Kashmir Police in Srinagar about the various progammes including community engagements, counter-radicalisation being undertaken by them and also the Indian Army's role in convincing terrorists to surrender and countering Pakistan's nefarious infiltration activities while conducting peaceful DDC elections in the Union Territory.
"Community engagements, counter-radicalisation, the police initiatives in sports, employment opportunities, counselling, and community bond schemes for potential terrorist recruits,"Senior Superintendent of Police (SSP) Anantnag, Sandeep Chaudhary told a group of 24 diplomats from foreign missions on the second day of their visit to the Union Territory.
"How police dealt with challenges posed by the COVID-19 pandemic, maintaining a balance between addressing people's problems and enforcing COVID-19 restrictions," Superintendent of Police (SP) East Srinagar, Sheema Nabi, who hails from Kashmir, briefed the delegation on the second day of their visit to Jammu and Kashmir.
"Jammu and Kashmir Police (JKP) reached out to local people, addressed their issues, and got their cooperation. Human touch and outreach helped the JKP to deal with unprecedented challenges," Nabi added. 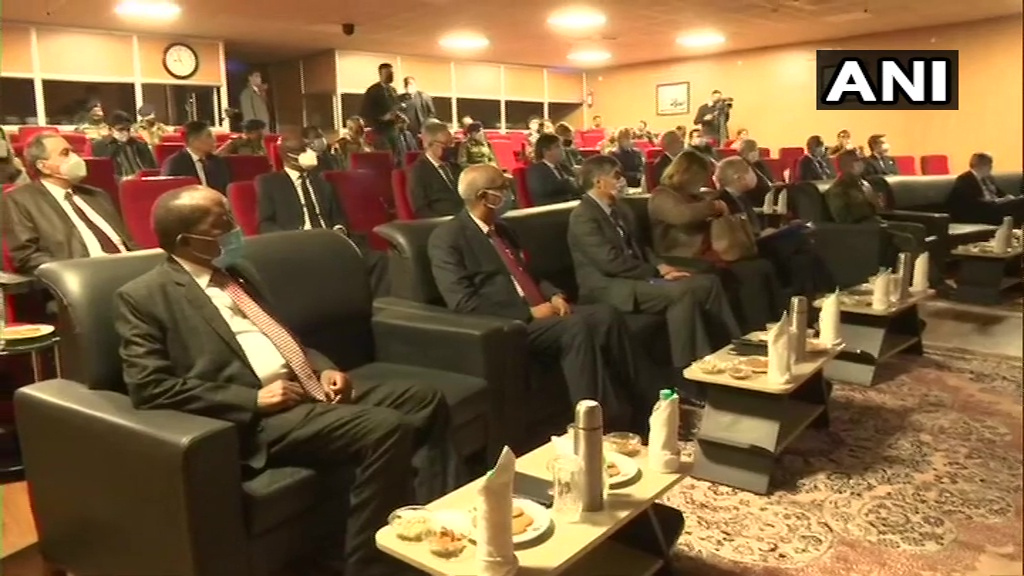 "The army briefing focused on infiltration pattern, Pakistan's role, atrocities of Baramulla in 1948, tunnels, use of drones, number of Pakistani terrorists killed: which are 54 per cent in the decade. The decrease in infiltration and recent terror incidents. Pakistan's role in recruiting through Information Warfare (IW), social media use in Indian Army and role in making terrorists surrender," said the sources.
"The briefing also discussed the issues like 72 surrenders in 2020, infiltration from Line of Control (LOC) and support of Pakistan Army in helping infiltration, harbouring terrorists, training camps, seized weapons supplied by Pakistan, killing of moderate Kashmir voices by terrorists" the sources added.
As per the sources, other issues discussed in the meeting were Post 370 - no loss of life in Special Forces' actions, marked reduction in stone pelting, peacefully conducted District Development Council (DDC) elections, initiatives of citizen connect, and outreach to the public, 44 Army goodwill schools having 10,000 students in Jammu and Kashmir and Ladakh, assistance to the population of far-flung areas, glimpses of tourism, culture, and achievements of Kashmiri people. 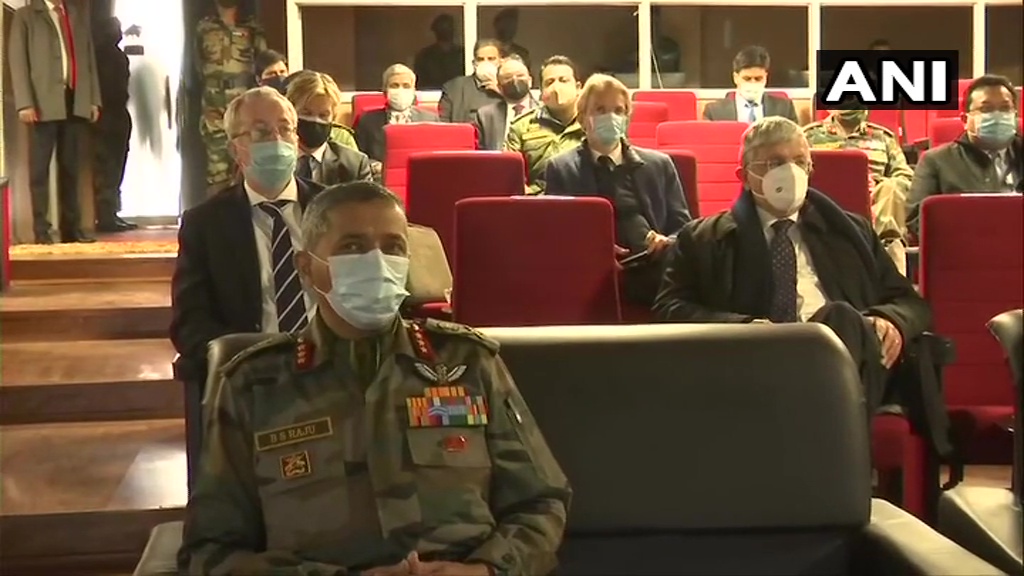 Later, they will attend lunch hosted by Lieutenant Governor Manoj Sinha. The diplomats are also scheduled to meet civil society representatives today. On Wednesday, the delegation had interacted with representatives of civil society and the government in Srinagar.
Foreign diplomats from Chile, Brazil, Cuba, Bolivia, Estonia, Finland, France, Ireland, Netherlands, Portugal, Belgium, Spain, Sweden, Italy, Bangladesh, Malawi, Eritrea, Cote d'Ivoire, Ghana, Senegal, Malaysia, Tajikistan, Kyrgyzstan, and the European Union are on a two-day visit to Jammu and Kashmir.
The latest visit of foreign envoys comes in the backdrop of District Development Council polls, which saw huge participation and restoration of 4G mobile internet in the entire region after 18 months, which many see as a return of full normalcy in the Union Territory.
This is the first visit by foreign diplomats to Jammu and Kashmir since the outbreak of the COVID-19 pandemic. Two batches of foreign diplomats had earlier visited Jammu and Kashmir in January and February last year after the abrogation of Article 370 in August 2019.
In January last year, envoys of 15 countries including the then US Ambassador to India Kenneth Juster and diplomats from Vietnam, South Korea, Brazil, Niger, Nigeria, Morocco, Guyana, Argentina, Philippines, Norway, Maldives, Fiji, Togo, Bangladesh, and Peru visited Jammu and Kashmir to see first-hand the efforts being made by the government in the region.
In February last year, 25 foreign diplomats, including those from Germany, Canada, France, and Afghanistan, visited Jammu and Kashmir to witness the ground situation in the region. (ANI)