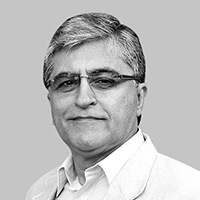 08 June, 2015
Print this article Font size -16+
Of late, there has been a flurry of news and information websites launched by editors and journalists fed up with the old media system. Among the most recent is Thewire. in by two senior journalists Sidharth Bhatia and Siddharth Varadarajan. Bhatia has been a freelance columnist for a while; Varadarajan, after a distinguished career with The Times of India and The Hindu, became a victim of family crossfire at Kasturi and Sons. Fed up of corporate straightjackets, the duo have decided to adopt a do-it-ourselves model.
The older, more established Scroll.in has been marching from strength to strength. Scroll editor Naresh Fernandes says it has quickly ramped up from about 500,000 page views a month about 5-6 months ago to nearly 1.8 million currently. The website has been able to create buzz by digging for the truth, where others fear to tread.
Striking out in a different direction are two ex-editors of Forbes India, who fell out with their boss and then chairman of the Network18 Group, Raghav Bahl. Indrajit Gupta and Charles Assisi, the two-some after years of work, have launched Founding Fuel — an online entrepreneurial exchange platform that also imparts learning and skills to aspiring businessmen. Another more traditional news launch coming is Catch — a news website anchored by Shoma Chaudhury, former managing editor of Tehelka, and funded by Rajasthan Patrika.

It’s almost a stampede now! Barkha Dutt, a key editor at NDTV for over 20 years, has built her own “multi-media content company and policy group”. The Hindu’s long-time rural affairs editor P. Sainath has also set up a not-for-profit Peoples Archive for Rural India (PARI). Shekhar Gupta, former editor of The Indian Express, after an aborted partnership with India Today, has launched his own platform Mediascape. Indiaspend.org, launched by Bloomberg UTV’s former editor Govindraj Ethiraj, has slowly but surely become a watched data-analysis site. There is also Quartz, HuffingtonPostIndia, Daily O, and the list goes on.
The options for serious journalism are shrinking by the day. It is no wonder a large chunk of middle-order scribes have over recent years drifted out to public relations and similar jobs. The profession is grappling with two big problems: one, media owners have become increasingly intolerant of the liberal ethos of Indian journalism, and the definition of what is ‘politically’ correct is becoming longer by the day. Worse still, corporate demands are queering the pitch. Why, for instance, was the Aston Martin crash in Mumbai in December 2013 involving Akash Ambani reported in a manner as if it had never happened?
Second, news media has become an increasingly unviable business. Regulatory compulsions don’t allow foreign or even domestic capital flows easily and profit margins are shrinking. News television is a stagnating industry with less than Rs 2,500 crore in annual ad revenue, and with 180 of the 400 licensed news channels off the air.  This sector has seen very little investment since the Mukesh Ambani buyout of Network18, and unfortunately the only new entrants in media seem to be politicians and beer bar owners, whose agenda is other than running a legal news business.
In this scenario, the digital medium is like a breath of fresh air. Regulations are not stifling, and very large fund deployment is not an entry barrier. Journalists can turn entrepreneurs if they have the stomach for risk-taking and the passion to push the frontiers of news reporting. Scroll and Firstpost have shown they are no more ‘niche’ and are being accepted as ‘mainline’ journalism.

Yes, it will get very crowded; and some will die. But till then, let a hundred flowers bloom.
(This story was published in BW | Businessworld Issue Dated 29-06-2015)
Tags assigned to this article:
magazine columns gurbir singh media newspapers magazine 29 june 2015 online journalism