It’s All About The DNA 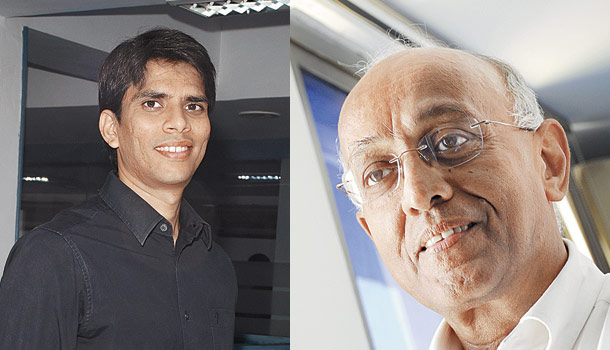 08 November, 2014
Print this article Font size -16+
Twenty-nine-year-old Radha Srinivasan was shocked when she looked at her health report. She had been diagnosed with ‘high blood pressure’. A BPO executive, she had always tried to stay fit and was careful with what she ate. “My parents died of a heart attack in their early 50s. So, I had to be very careful; I have a family to take care of,” says Srinivasan. Alarmed, she wanted to find out if she was pre-disposed to any disease and what additional steps she could take to ensure her well-being. That’s when Srinivasan turned to Xcode, a Chennai-based wellness company.

What she wanted to get done was an examination of her genes to find out the diseases she is susceptible to, an area that personal genomics deals with. “A simple swab of saliva from an individual can provide a fairly accurate assessment of her genetic predisposition to lifestyle diseases such as diabetes and coronary problems,” says Saleem Mohammed, co-founder and CEO of Chennai-based Xcode Life Sciences.

Xcode conducts ‘prevention programmes’, based on a person’s DNA analysis. Based on the outcome, it offers nutritional and exercise advice to encourage customers to change their lifestyle over a nine-month period. “Absence of illness is not health, and often issues might be buried. We forewarn them and offer solutions,” says Mohammed.
In India, personal genomic companies are slowly gaining traction. In developed economies such as the US, they are fairly popular. Mohammed says people in such economies carry out DNA analyses routinely, just like people here go for a urine or blood test. A PhD in bioinformatics from the University of Nebrasaka-Lincoln, Mohammed feels genetic assessment tests will soon be just as common in India.

Xcode charges a flat Rs 10,000 per individual to assess their genome. Just eight months after being set up, it has so far served more than 100 customers. But the cost of genetic assessment is falling. “I expect it to fall to Rs 5,500 or less in a few years,” says Mohammed. Internationally, a number of well-known firms offer these services, and they include 23andMe (started by Anne Wojcicki, wife of Google co-founder Sergey Brin), Decodeme, Navigenics and, in India, Nutragene in Delhi.

The database of examples that is now used to compare genes is mainly that of Caucasians. Going forward, once there are sufficient examples, this is likely to change. “There are differences based on race. Because of our early start, we intend to accumulate as much raw data as possible, which will provide us an edge in the marketplace,” says Mohammed. “Personal genomics is as much about Big Data as it is about life sciences.” Finding the right kind of talent for this business is also a challenge.

Xcode has attracted angel funding from investors R. Narayanan, who is also the co-founding chairman, and Padma Chandrasekaran. It has around 10 employees now. “Almost all the top talent here has trained or worked abroad. As we scale up nation-wide, ensuring we are able to get the right kind of talent remains an issue,” says Mohammed.
Xcode plans to offer comprehensive corporate health packages. It is hoping to raise funds for a national footprint, more research and to enhance its marketing abilities.