New Delhi [India], February 25 (ANI): We all have fond memories from our childhood, and who doesn't like looking at old pictures with siblings? As Bollywood actor Shahid Kapoor turns a year older today, his brother and actor Ishaan Khatter shared a heartwarming birthday wish with an unseen throwback picture to mark the special day.
Ishaan took to Instagram and posted a then and now picture with his 'bade bhai' to wish the birthday boy. The 'Dhadak' actor shared a collage of two pictures - one from their childhood that features a young Shahid holding Ishaan in his arms. Another picture showed the grown-up sibling duo posing together from their appearance in Karan Johar's talk show 'Koffee With Karan'.
Sharing the adorable images, Ishaan wrote a few lines the famous song 'Zindagi Kaisi Hai Paheli'. He captioned the post, "Zindagiiiiii kaisi hai paheli haaye. Kabhi toh hasaaye, Kabhi yeh rulaaye. But through it all.. I'll always love you, bade bhai. Happy birthday." 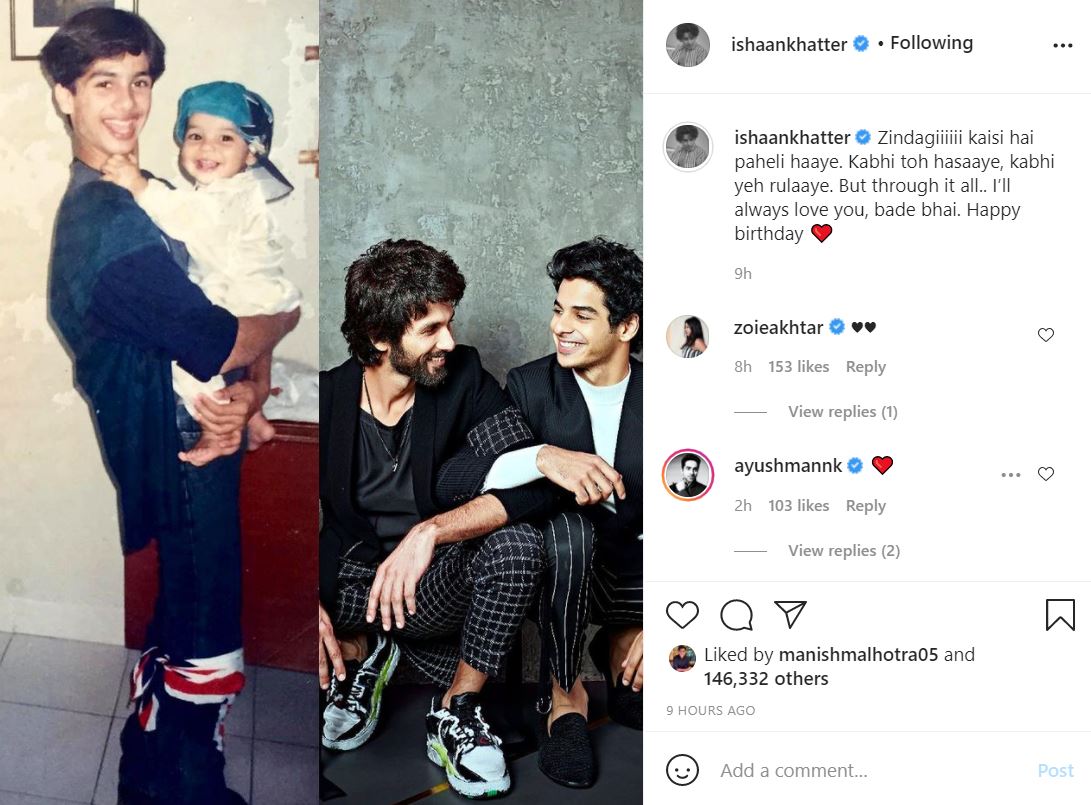 Ace filmmaker Zoya Akhtar was among the first ones to comment on the post with a heart emoji. Bollywood actor Ayushmann Khurrana also showered love on the sibling duo with a heart emoji.
Shahid and Ishaan are amongst the cutest brothers in the industry. They always talk fondly of each other and never stop motivating each other and appreciating one another's performances.
Ishaan, who was recently seen in Mira Nair's web series 'A Suitable Boy' has often expressed his love for his brother. On social media, they keep showering each other's posts with witty and adorable comments.
Meanwhile, on the work front, Shahid will next be seen in 'Jersey', which also features Mrunal Thakur and Pankaj Kapur. The actor will be essaying the role of a cricketer in the film. It is a remake of a Telugu movie of the same name.
On the other hand, Ishaan will next be seen in 'Phone Bhoot' co-starring Katrina Kaif and Siddhant Chaturvedi. (ANI)