Is Sony Buying Time — Or Problems? 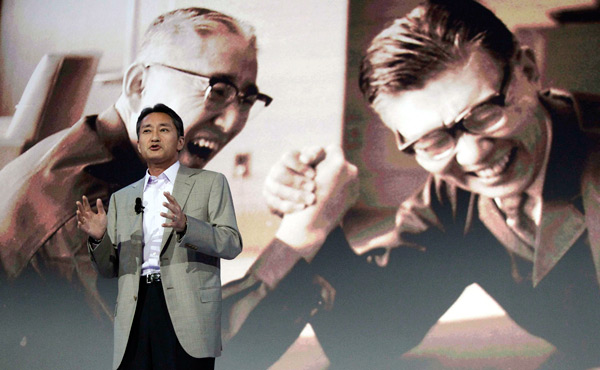 08 November, 2014
Print this article Font size -16+
Sony Corp CEO Kazuo Hirai has spent $1.8 billion in the past three months snapping up an assortment of businesses such as medical equipment and cloud gaming, leaving investors to worry he is blowing his firm's waning finances on a muddled plan to revive the fading giant.

Hirai, a Sony veteran of nearly three decades, took over the top spot in April pledging to reshape the once-stellar brand around the pillars of gaming, digital imaging and mobile devices. Since his promotion, the company's stockmarket value has fallen by around $8 billion.

After a decade of losing money on TVs, and four consecutive net loss-making years squeezed in the competitive vice of Apple Inc and South Korea's Samsung Electronics, Sony is running out of time and money. "There are signs of change, but it's only a start," said Tetsuro Ii, CEO of Commons Asset Management. "From what we have seen so far his strategy appears fractured and the investments aren't going to be profit drivers. He should probably give a clearer explanation of his new Sony. The only way Sony is going to improve its finances is to earn."

Anguish over the demise of Japan's electronics giants has for the past two months focused on TV pioneer Sharp Corp. That eased on Friday when banks agreed a $4.6 billion bailout, averting the immediate danger of a liquidity crunch.

While still a long way from being the next Sharp, Sony has seen its five-year credit default swaps — the cost of insuring its debt — double to more than 400 basis points since Hirai took charge.

Analysts, meanwhile, view its profit outlook as overly optimistic and its finances are eroding as its credit rating edges closer to junk amid the splurge of acquisitions.

Buying Spree, Profit Squeeze
In its most recent buy, announced the same day as Sharp's bailout deal, Sony agreed to pay $643 million for a 10 per cent stake in scandal-tainted camera and endoscope maker Olympus Corp. The tie-up, which made Sony Olympus's largest shareholder and will see the two firms establish a company to develop medical equipment, offers Sony another path away from loss-making TVs. But it is a further drain its stretched finances for an investment that in eight years time will add only $1 billion in sales to a $90 billion-a-year company.

Touring the CEATEC consumer electronics show, near Tokyo, on 2 October, Hirai defended the investment. "As we do these acquisitions we are very mindful of our cash position," Hirai said, after showing Panasonic Corp's boss, Kazuhiro Tsuga, ultra high-definition televisions lined up at Sony's booth. "We have done a lot in terms of realigning our portfolio over the last six months," he added.

Last month, Hirai agreed to pay $771 million for the 42 per cent Sony did not already own in medical information website operator So-net Entertainment.

A month earlier, he said his company would buy California-based Gaikai Inc for $380 million to help establish an internet-based "cloud" gaming service.

Yet problems loom in its console business that threaten to kick out one of the key pillars of Hirai's revival plan. Sony in August trimmed its annual forecast for handheld Vita and PSP consoles to 12 million, from 16 million.

It also cut its annual operating profit forecast to 130 billion yen from 180 billion yen. The average estimate of 14 analysts surveyed by Thomson Reuters is for 110 billion yen, suggesting another cut before the business year concludes.

Speaking at the same venue as Hirai during the Tokyo Game Show less than two weeks earlier, Yoshikazu Tanaka, the founder of social gaming firm, Gree Inc, the latest poster child for Japan tech, predicted the death of game consoles.

They would, he said, be victims of a conversion trend that has already melded mobile phones and PCs into tablets and smartphones and which will eventually absorb game machines.

"Within a few years the power of tablets and smartphones will exceed that of current game consoles," Tanaka said in a speech at the event.

Putting The Smile Back
Hirai has said his strategy for Sony, an emblem of both Japan's post-war rebirth and its post-bubble demise, is aimed at "putting a smile back on customers faces". Neither customers nor investors appear to be smiling just yet.

"Sony and Sharp have the same problem: lost power to innovate to Apple and the Koreans; high overheads; no new products," said Donald van Deventer, the CEO of Kamakura Corporation, a company that provides risk management research. Kamakura estimates Sony's one-year probability of default at 1.53 per cent. "We generally consider anything above 1 per cent as somewhat risky," van Deventer said.

At the end of June its shareholder equity ratio, a key indicator of its financial standing had dipped below 15 per cent, when a rate of 20 per cent is considered the healthy minimum.

For comparison, Panasonic at the end of June boasted a ratio of 29 per cent.

For now, Hirai is resorting to asset sales. "We have sold off some of our assets as well to generate cash and so it's just a matter of making sure we keep that balance," the Sony boss said at the electronics show.

That book-balancing precipitated the sale its chemical business, completed on Friday, to a state-owned Japanese bank for 57 billion yen. It may also include its New York headquarters, the 37-storey Sony Tower.

Hirai at CEATEC summed up his job at the top so far as a "whirlwind" of overseas trips to spread the message of Sony's revival. But as uncertainty wafts over his company, Hirai knows he will be judged on what he does rather than what he says.

"We obviously need to do a lot more and as I have always said we need to show results as well," he said.