Is Kerala Shooting Its Cash Cow? 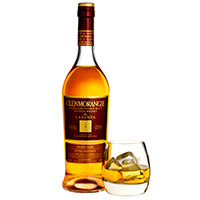 08 November, 2014
Print this article Font size -16+
The hello-tune on the mobile phone of Anil Xavier, Chairman of the Kerala State Beverages Corporation (KSBC), is unusual. It begins with a homage to the culture and traditions of ‘God’s Own Country’, followed by an exhortation to not turn that into a land of drugs and drunkards. In 2012-13, Kerala consumed 2.44 crore cases of Indian-made Foreign Liquor (IMFL) and one crore cases of beer, by far, the largest in the country.

The Kerala government wants to put an end to this. In a decision by the ruling Congress-led United Democratic Front, liquor will now be allowed to be sold only in 5-star hotel bars. And Sundays will be dry-days. The government-run KSBC outlets will be phased out over ten years. At stake is liquor revenue that almost touched Rs 10,000 crore last year.

Rajkumar Unni, president of the State Bar Association, does not see it that way. Seventy-six of Kerala’s liquor sales are through the KSBC outlets. He points out how in the last one year since the government refused to renew the permits of around 414 bars on grounds of quality, sales in state-owned KSBC jumped 20 per cent. Doesn’t the government’s coffers perversely benefit from shutting down bar sales? he asks.

But the larger question is whether a state like Kerala can afford to lose liquor revenue. The state’s total revenue receipts in 2013-14 was Rs 54,966 crore. It still ran a deficit of Rs 6,208 crore. To lose another Rs 10,000 crore could mean a hangover of a different kind. And remember, this is revenue at a very little cost. In 2012-13 (for which the latest prfit figures are available), KSBC ran an operating margin of per cent. That means that for every rupee in liquor sales, the government’s cost was only Rs 17, much of that accumulating through taxes and excise duty. How often do you see such a profitable venture?

But could the decision pay electoral dividends? Wives and children are understandably in favour of abolishment. The support of institutions like the church, however, are seen as perfunctory. On the other hand, having a safe outlet for sales serves a useful purpose too. Finance Minister KM Mani, in his budget speech this year, said that it has to be ensured that cheap and affordable liquor is available in the market to aid the enforcement strategy of controlling spurious liquor. That is at least the official line. Anil Xavier, in a conversation a month ago, explained how the availability of liquor at state outlets has reduced the sordid history of hooch tragedies in a state that has traditionally been infatuated with its spirits. Whether those days return, or will Kerala slowly wean itself away from its daily fix? Only time will tell.