Is It Ready For The Load? 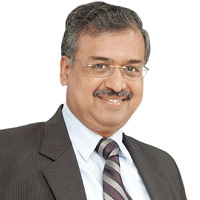 The merger also marks the second most significant industry consolidation in the Indian pharmaceutical market after the merger of Piramal Healthcare’s domestic drug formulation business with the US drug maker Abbott Laboratories in 2011. Sun Pharma has now become the largest pharmaceutical company in India with a market share of 9.1 per cent, much ahead of the second largest player Abbott’s 6.3 per cent in the Rs 88,000-crore local drugs and pharmaceuticals market.

Growth on a global scale in a highly-competitive and a tightly-regulated sector is difficult, but Sun Pharma happened to be lucky. Its growth story involves sheer chances and a series of distressed asset buyouts. Most acquisitions by the company were made — including the Michigan-based Caraco, Taro in Israel and at least a dozen small units in the local and foreign markets — when the assets were undergoing financial stress and hence, were available at a discounted valuation.

Ranbaxy too happened to be acquired at a time when it was going through a crisis due to a prolonged ban on its products in the US, its largest revenue contributing market. Sun Pharma bought it in a $3.2-billion all-stock deal from majority owner Daiichi Sankyo Company of Japan in April 2014.

That said, what really helped the company grow was Shangvi’s sharp business acumen. His style of operation has been typically micro-management; he looks at every small and big detail of operations, which was good for a smaller organisation.

The big challenge the company faces now in sustaining the growth of the combined entity is the limited management bandwidth. Integration of two large organisations with a portfolio of more than 3,500 products, 30,000 employees and 45 manufacturing plants across various geographies requires a much bigger managerial capability.

Plus, Ranbaxy is still not out of the woods. Its US-export oriented factories in India are under ban. The US drug regulator will take time to approve newer products from its units.

Within the company, Sun Pharma faces pending quality-compliance issues at one of its Indian manufacturing units and a prolonged regulatory matter at its US subsidiary Caraco. Uncertainty in the revenue stream of Taro, on which Sun is heavily dependent at present, due to an unsustainable pricing model, is yet another concern for the company.

Shangvi says the core objective of this merger is to focus on improving productivity, regulatory compliance commitment, quality and sustainable growth. But Sun Pharma is yet to decide on the key management team that can shoulder these big operational responsibilities of the combined entity.