Is China The Silicon Valley Of 21st Century? 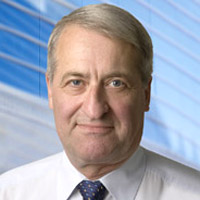 08 November, 2014
Print this article Font size -16+
Never has the world witnessed a large market emerge so quickly as China has. As the economy grows it is also changing. China is fast climbing the value curve, transitioning from low-cost manufacturing to innovation-led growth. In telecommunications, supercomputing, life sciences, non-fuel energy sources and “green-tech” in general, there is already a vibrant innovation/research and development (R&D) scene in China.

Over the past 20 years, investment in R&D has more than doubled in percentage terms, rising from 0.73 per cent of GDP in 1991 to 1.77 per cent in 2011. The plan is to reach 2.5 per cent — today’s average for the countries of the European Union -- by 2020. In absolute terms, given the rapid growth of China’s GDP, the numbers are even more impressive. Between 2000 and 2010, the volume of R&D investment expanded 6.6 times, reaching RMB 700 billion in 2010 (EUR 84 billion). At this rate, China could soon go from being the world’s biggest factory to becoming a main laboratory for the planet.

Ever since the founding of the People’s Republic of China in 1949, the ruling Communist Party has seen science and technical innovation as crucial for growth and jobcreation, and few countries have worked so diligently to translate a policy priority into reality. China produces more than 700,000 engineering graduates each year. Nevertheless, in some areas, appropriate personnel are scarce. In a massive programme,  China is encouraging students to go abroad to study. In 2010, there were more than 360,000 Chinese students in universities outside China.

Patents & Other Evidence Of Innovation
Patent applications, a pointer to the pace of innovation in an economy, are growing at 20 per cent per year and totaled 500,000 in 2010. Many institutions offer monetary rewards to staff filing patent applications,  which probably accounts for part of the surge. And, of course, when it comes to patents, quality counts more than mere numbers. Nevertheless, they are impressive figures. There has also been a jump in patent litigation between Chinese concerns. Gradually, the courts are getting tougher in applying intellectual property (IP) laws introduced after China joined the World Trade Organization (WTO) in 2001. As Chinese technology firms, such as Huawei, ZTE, Lenovo and Haier, go global, they are pushing for a more rigorous application of IP laws by Chinese courts.

China counts close to 700 high-tech ‘incubators’, which provide financing, facilities and advice for business start-ups. About 10 per cent of these incubators, which are often linked to major universities, form part of the government’s Torch program for promoting high-tech industries. Launched in 1988, the latter was especially designed to boost the R&D efforts of start-ups and small and medium-sized enterprises (SMEs). The largest such incubator is the 232-sq km Zhongguancun Science Park in Beijing. It has several specialised ‘sub-parks’, including Electronics City and Changping Park, which specialises in medical technology and biotech engineering, along with several universities.

Attracted by such developments, some 800 non-Chinese companies have established R&D laboratories in China,  including such companies as Nokia, Orange, Alcatel and Motorola, as well as a number of pharma giants. It is no surprise that international telecommunications companies figure prominently because China has already shown significant capacity for innovation in this area: for example, it has created its own standard for 3G mobile technology, TD SCDMA. One of the most important companies in the sector is equipment-maker Huawei, which devotes 20% of its sales volume to R&D. The company, with a workforce of 140,000, has rapidly developed a strong international presence. In their quest for global markets, Chinese multinational companies have already begun to establish R&D centers in Europe.

Computing is another area of remarkable innovation. In October 2010, China’s Tianke 1A supercomputer broke the world record for computing power. With its massive investments in nanotechnologies, China aims to overtake the United States in this field by 2020.

In  life sciences as well, significant research progress is being made in many universities, with Guanzhou, Shanghai/Suzhou, and Beijing all vying to become world centers. In non-fuel energy sources and ‘green-tech’ in general, China shows sustained commitment. Chinese producers of voltaic solar panels already have 40 per cent of the world market. Actors in this sector include Suntech, Yingli and JASolar. It is a similar story in wind power, with companies Goldwind and Sinovel ranking among the world’s top five.

Watch Out Silicon Valley
Any ‘Western’ firm interested in innovation, and which does not yet have an R&D presence in China, must be asking itself whether the time has not come to have one. The ongoing collaborative project  ‘Innovation in China’, in which IMD is a key actor,  looks at questions around forming effective partnerships between China and ‘Western’ firms for mutual benefit, with particular reference to medium-size companies. These questions include the following: what path will China follow and at what pace? Does the rate at which the value curve is climbed vary from industry to industry? Can China turn itself into a hub of innovation for the world, and how soon?

On the last question, a recent survey of managers saw China displacing the celebrated and glamorous Silicon Valley in California as early as 2016 (www.inside-it.ch/articles/29509) This may seem somewhat rapid, but in China, everything is moving fast.