Is An Ecosystem Needed for Women Empowerment?

There may be some preconceived notions about women entrepreneurs, but there are people working tirelessly for the empowerment of women. Do we need to do more? 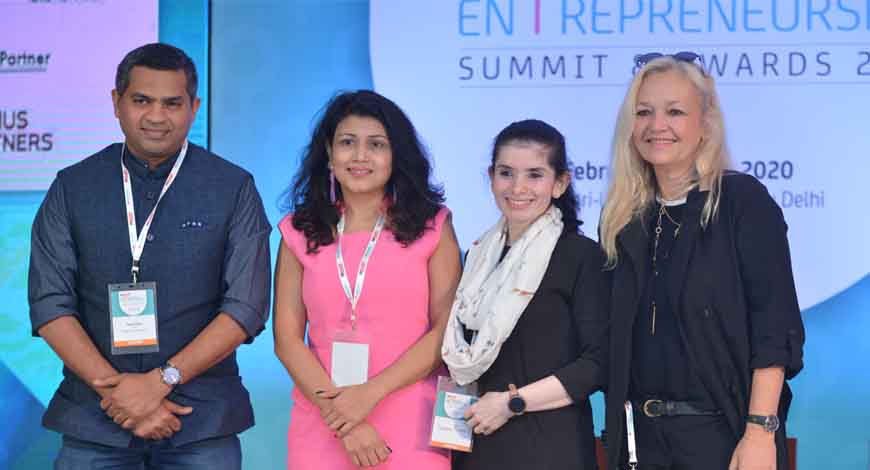 However, experts say the numbers are minuscule when compared to the size of the country. Therefore, there is a need to create a robust ecosystem so as to increase the number of women entrepreneurs. And in order to achieve that, it is essential to bring about a change in the social economic scenario of the country. This and much more were debated at a session on ‘Generation Equality: What #EachforEqual Means For Women Change-preneurs’ at the second day of two—day Women Entrepreneurship Summit and Awards 2020 in the capital.

Talking about the present challenges, Darakhshan Husain, Co-founder and COO, Glam Studios, said: “It is all a social conditioning that we all have. And because of the conditioning, we are led to believe that there are things only a woman can do and there are things only a man can do. When you grow up like that, you are bound to have these biases. But there are enough forums and platforms for the right connect where you can turn the story around. I think that’s where women need to empower more themselves today,” said Husain. “We don’t have to prove ourselves everyday as a daughter, wife, mother, and an entrepreneur. That is not happening with men. Is it?” asked Husain.

Seconding her thoughts, Jacqueline Kapur, President at Ayesha Accessories said, “We don’t just want to be a women entrepreneur but an entrepreneur. I want to be judged on my capacity and what I have achieved. Also, I don’t hire or fire people because of their gender but on their capacities.” Kapur pointed out that women in India, and across the globe, are so conditioned to be good daughters and mothers but not really a good entrepreneur. “That has to change,” she said.

Garima Pande, Co-Founder of WanderingJane, however, had a divergent viewpoint: “Although there are some preconceived notions about our fraternity and we are part of that ecosystem, there are people who are working tirelessly for the empowerment of women. There are investment companies which are specifically looking at women entrepreneurs. Even ‘Startup India’ has a separate programme for women entrepreneurs.” So, it is the opportunity that comes the way and your ability to drive the business counts, said Pande.