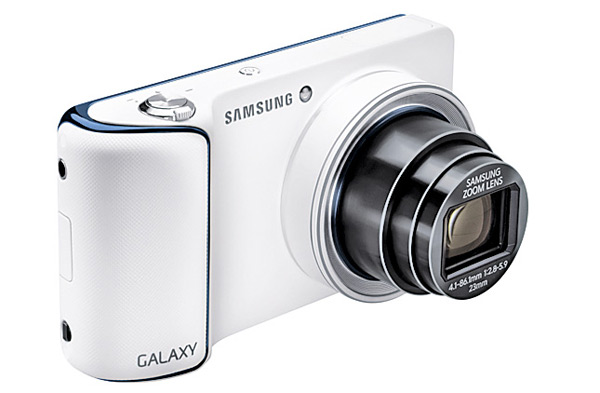 08 November, 2014
Print this article Font size -16+
It's tellingly ironical that the declining point-and-shoot category of cameras now has a poster child from the very company whose own Galaxy devices have been largely responsible for the decline. With the Samsung Galaxy Camera, the concept of a connected camera is finally a reality. The question is — can the love child of an Android phone and a point-and-shoot camera really do it all, or does it land somewhere in the middle? Read on to find out!

Pick it up and the Galaxy Camera and it looks just like a regular camera from the front, though it is a tad supersized for a point-and-shoot and feels really large in the hand. Flip it around and you get a large 4.8-inch 1280 x 720 pixel touch screen not unlike Samsung's Galaxy lineup of phones. Now, since it runs Android 4.1 Jelly Bean, you can use it much like you would any other Android device - you can surf the web, check your email and download apps and of course, you can use these apps to edit your photos and upload them to the social network of your choice - all over Wi-Fi or over the 3G connection when you're on the move. Despite having a SIM, you cannot SMS or make calls on the camera, but I'm certainly not complaining - can you imagine holding a camera to your ear to make calls?

As a camera, the Galaxy Camera produced rather average results and shooting at even moderate sensitivity levels resulted in image noise levels. The camera struggled in low light conditions but with good light, the lens delivered sharp and snappy focus throughout its zoom range, and the unusually wide 23mm is a nice touch. All in all, the results lag behind similarly priced standalone cameras, but are better than what you would get from most phone cameras today. Most folks would be more than happy to stick to the Auto mode and scene presets. If you've used a Samsung Galaxy S3, you will find the Best Face mode familiar, which captures five frames for a group portrait, and then lets you choose the best shot of each person by tapping their face and then selecting from five headshots, and the camera then generates a composite shot of your chosen faces. Plus you can choose the Android photo app that you like to share, publish or tweak your photos - in pure flexibility terms, no other camera comes close.

With that 3G sim, Wi-Fi and the massive touchscreen, battery life takes a hit as well, and the device does drag its feet at times. Of course, you will be doing much more with the camera than just take shots, so a battery life in shots can't be accurately stated - if you're a heavy camera and Wi-Fi/3G user, you will need to charge the camera daily. Now, since this is an Android device, pressing the power button puts it to sleep rather than turning it off, and waking up from this state takes about 3 seconds. Keep in mind, it doesn't stay in sleep mode indefinitely - it drops to a Fast Power-on mode after one hour (by default), where it takes six seconds to switch on and take a photo. Fully power the camera down, and it takes a whole 24 seconds to switch on and shoot, which could mean missing a crucial shot while you wait for it to boot.

The redeeming factors in the form of an impressive 21X optical zoom and optical image stabilization contribute to the heft of the camera. I can't help but feel this is really a Version 1.0 of the category in terms of its size, price and image quality concerns. Consider this as well - you'll need an additional 3G SIM card to get the most from the Samsung Galaxy Camera, which will add to your monthly bills, and while you could make do without the camera's 3G functions, then you may as well pick up a standard camera and then link it to your smartphone via a Wi-Fi memory card such as the Eye-Fi.

All said and done, without doubt, the Galaxy Camera offers a tantalising glimpse of the next generation of connected point-and-shoots.