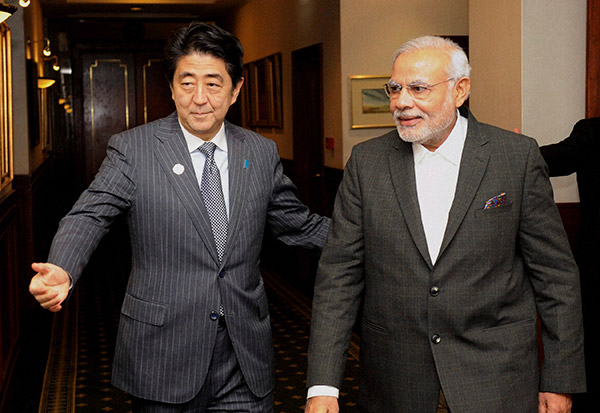 Making a strong pitch for economic reforms, Modi told fellow G20 leaders at a Retreat in Australia that reforms should lead to simplification of processes and that methods of governance must be reformed.

Modi also said unequivocally that repatriation of black money kept abroad is a "priority" for his government, as he sought close global coordination to achieve this objective.

The retreat was hosted by Australian Prime Minister Tony Abbott at the Queensland Parliament House where the leaders met without aides shortly before the annual summit of the 20 industrialised and major economies kicked off at the Brisbane Convention Centre in the afternoon.

A barbeque lunch was served to the G20 leaders.

"Reform is bound to face resistance...must be insulated from political pressures," said Modi.

The Prime Minister also made it clear that reform has to be driven by the people and that it cannot be undertaken by "stealth".

Asserting that reform must be people-centric and people-driven, he said globally reforms are handicapped with perception of being government programmes and a burden on the people and this needs to change.

Modi felt that reforms should lead to simplification of processes and that governance methods must be reformed.

Noting that reform is a continuous multi-stage process and that it must be institutionalised, the prime minister said it must be technology driven and must have scale and address root causes..

External Affairs Ministry spokesperson Syed Akbaruddin told reporters yesterday that Prime Minister Abbott had specially requested Modi to outline his vision for reforms at the informal meeting of G20 leaders at the retreat in addition to his intervention at the main summit.


Repatriation Of Black Money A Priority
Raising the black money issue at an informal meeting of leaders of the five-nation BRICS bloc, Modi set the tone on this key issue ahead of the G20 summit in the wake of his commitment to bring back every penny of black money stashed abroad.

"Repatriation of black money kept abroad is a key priority for us," Modi told the BRICS leaders.

The G20 host Australia on Friday (14 November) vowed a "very aggressive" crackdown on tax avoidance. India is also seeking strong action by the Group of 20 industrialised and emerging economies against tax havens.

"A key issue for me would be to highlight the importance of international cooperation against black money," Modi had said, as he is set to renew the country's commitment at the G20 summit to a global response to deal with cross border tax avoidance and evasion.

India is also expected to urge the G20 to pressure tax havens into revealing more information on black money from India to help retrieve this illegal money.