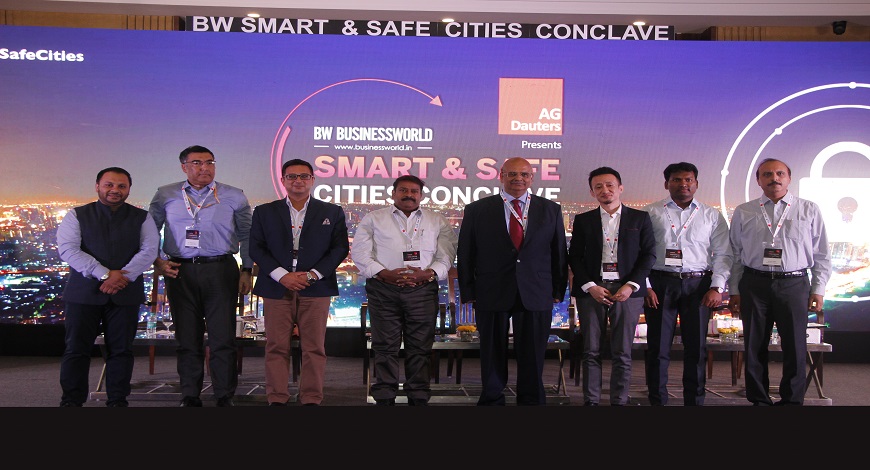 While the Smart Cities Mission of the Government entails technology as a very big part of it, the innovations around it need to be people-centric as an overriding theme. Dwelling on the same, a host of panellists came together at BW Businessworld Smart & Safe Cities Conclave in New Delhi today to discuss ideas and areas that can be explored warranting the cities of today and future.

Talking about a people-centric approach, Dr. Shaqfat Khan, Joint Resident Commissioner, Government of Jammu & Kashmir said, “People in the state of Srinagar have come forward to actively participate in this mission. The pace of the Smart Cities Mission is going forth actively, we have already gone for the tendering process for a waste energy plant in the state. No smart city can be smart without taking care of its waste, be it liquid or solid. A smart city should be able to connect people and should have happiness as a parameter as well.”

Khan also emphasized the importance of screening and strengthening primary healthcare in cities such as a robust healthcare insurance system which includes people from all strata of society. “We should be able to innovate in terms of looking at newer solutions which are not only technology based but going deep into a nations’ need of being happy.”

Sunil Anchipka, Secretary, Port Blair Municipal Council stated, “In a city like Port Blair, where connectivity is an issue, we are still working towards various smart cities projects and are in the process of finalising the tenders. Since, the state is Mini India, whatever we plan must have social stability.”

Dr. P V Jagan Mohan, Divisional Commissioner, Municipal Corporation, Bareilly avowed, “The smart city concept is not a new concept for our country, we had smart cities right from the beginning of the civilization such as Harappa and Mohenjodaro, hence, we have a solid history of smart cities. We need to educate our population, thereby ensuring smart citizens by easing their lives through technology.

Apresh Dubey, Joint Director, Department of IT, Government of Rajasthan affirmed, “We need to ensure an ecosystem which is developed by the Government, businesses and citizens in conjunction. We foresee more and more implementation of technology in our city for our various projects. One initiative of ours is creating virtual walkthroughs and 3D models of various heritage monuments and buildings giving a very good view of our city. So, we can make our cities really smart using technologies

Navin Rai, Joint Town Planner & Director, Smart Cities, Government of Sikkim, “The model of SPV needs to be understood clearly as it is independent of the contours of a state Government. A lot of northeastern are facing a lot of challenges in terms of executing projects, however, we are in the process of streamlining the SPV model in our state.”

Vishal Goel, Director, Smart Cities, PwC, “We have created a big platform of 100 cities, so many experiments are going on at various places. The need of the hour is to increase the collaboration between cities and come up with indigenous solutions which are applicable to the states’ local needs. We also need to form focussed actions groups involving cities so that they not only share knowledge but also come together to realise the smart cities mission faster.”

Alok Ranjan, Former Chief Secretary, Government of Uttar Pradesh summed up, “Everyone has a different way of looking at smart cities but the primary focus of the Government should be on improving the lives of its citizens. All the stakeholders need to come together to realise the dream of smart cities. Smart cities need smart people and smart people are those who think in a smart manner, there is a need to bring in about a change in the mindset of people.