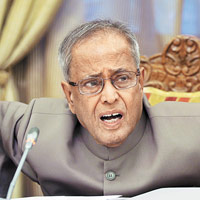 Small Is Big
The next wave of growth in India's FMCG market will come from small towns. Thanks to lifestyle changes and booming demand, the market in about 400 small towns could cross $20 billion by 2018 from $6 billion in 2010, says research firm Nielsen. Since 2002, the sector has grown 3.5 times in these towns, vis-a-vis 3.2 times at the all-India level.

Back To Heights
Reliance Industries has regained its top spot on the BSE Sensex. On 15 Dece-mber, the Mukesh Ambani-led company surpassed Infosys to become the most influential stock. At the end of the day, RIL's weightage on BSE Sensex stood at 10.39 per cent, higher than Infosys' 10.21 per cent. But at Nifty, Infosys continues to retain lead over RIL.

The Rupee Fallout
It is getting all bloody. The ailing rupee has added Rs 50,000 crore to the fuel subsidy, says oil secretary G.C. Chaturvedi. "Every time the rupee depreciates by Re 1 against the dollar, Rs 8,000 crore is added to the subsidy bill." State fuel retailers will lose a record Rs 137,605 crore this fiscal on selling diesel, LPG and kerosene at state-fixed rates.

Limping Back
Japan's scandal-struck camera maker Olympus has retained listing on Tokyo Stock Exchange, though its shares fell sharply again, by 20.8 per cent. Investors seem to be worried over the company's cash balances. A few weeks ago, Olympus had admitted it had been hiding losses of $1.5 billion over the past two decades.

Foreign Ticket
The civil aviation ministry has reportedly given its nod to allow foreign carriers to buy 26 per cent stake in private airlines. Earlier the ministry had proposed a cap of 24 per cent on foreign direct investment by overseas carriers.