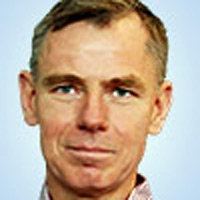 08 November, 2014
Print this article Font size -16+
There's no question that emerging healthcare markets are expected to outpace global counterparts. Recent estimates show emerging markets hold a 21 per cent share of the worldwide sales of pharmaceuticals. And this is projected to reach 28 per cent and 36 per cent by 2015 and 2020, respectively.

Among emerging markets, India is leading the way. In just one year, from 2010-2011, its $12.6 billion pharmaceutical market had grown by around 21 per cent. And India looks to add another 40 per cent by 2013. The growth is, however, surprising. Even though gross health insurance premia collected in 2011 increased by 33 per cent due to the expanding middle-high income bracket (>$2000 per year), the modest overall per capita disposable income continues to keep branded speciality medicines out of reach for many. Given the situation, such growth can be mostly attributed to the development strategies of the government and Indian-based pharmaceutical companies.

While many products remain outside drug price controls, the Indian government, through the National Pharmaceutical Pricing Authority (NPPA), has set out to negotiate the prices of patented medicines based on external references and post-marketing reviews. And, India is systematically supporting local, generic producers. These efforts have paid off. Today, all but 2 of the top 10 pharmaceutical companies in India are indigenous generic producers (See Table 1). And since 2002, India has been the largest provider of generics in the world, reflecting the country's ability to use the non-enforcement of intellectual property rights to pursue import substituting industrialisation. Its future will be conditioned by India's capacity to extend such support in TRIPS (trade-related intellectual property) compliant ways.

To give some background: In 1988 Indira Gandhi is quoted saying: "The idea of a better-ordered world is one in which medical discoveries will be free of patents and there will be no profiteering from life and death!" Yet not everyone, particularly patent owners, agrees. India has been disputing with Western drug companies since at least 1970, when the country's Patent Act, excluded pharmaceutical product patents and only recognised process patents for a period of seven years.

Also in 1970, India imposed limits on multinational equity shares and capacity expansion. Over the next three decades, the number of licensed manufacturers in the country increased eightfold, while R&D expenditure shrank to one tenth of its former level. Meanwhile, the collective share of foreign subsidiaries in domestic pharmaceutical retail sales dropped from an estimated 85 per cent in 1970 to around 30 per cent in 2000. As Indian-owned firms took over from multinationals, local producers often launched products before their international patent owners who, for fear of reference pricing, typically delayed entry to await the outcome of price negotiations elsewhere. All clear consequences of India's relaxed policy towards honouring intellectual property rights.

Since 2005, following the re-recognition of product patents for pharmaceuticals within the Third Amendment of the Patent Act, Indian firms dramatically increased their level of R&D spending, albeit focused nearly entirely on process innovation. Exports of TRIPS legal generics flourished as expected. But TRIPS confines the industry to the reprocessing of international drugs patented before 1995, and so there is genuine concern about the sustainability of India Inc.'s generic model.

Yet the Indian government hasn't been the only player aiding the breakdown of patents. To contain prescription drug spending as part of the fast-growing US national health expenditure, the 1984 Hatch-Waxman Amendments to the Food, Drug and Cosmetic Act (FDC Act) lowered barriers to generic competition. The FDC Act offers producers of new generics an Abbreviated New Drug Application (ANDA) if they can demonstrate bio-equivalency with the approved pioneer product and certify that any patent surrounding the original compound is either invalid or has not been infringed. Once the information is filed, the patent holder has 45 days to bring an infringement suit. If the patent holder does not bring suit, an abbreviated application may be immediately approved.

By 2004, Indian firms had filed 234 such ANDA applications; by 2008, the number had swelled to a total of 823 filings of which 433 were approved. In 2010, Indian firms dominated the US generics market with 33 per cent of 419 abbreviated filings. Incentivizing Indian generics producers to promote product R&D and rejuvenate their product lines past the TRIPS 1995 hurdle, the Hatch-Waxman Act also eliminated welfare losses related to intellectual property rights. In the cases of Prozac, Zantac, Taxol and Plantinol alone, bringing generics to market before patent expiration saved US consumers more than $9 billion. Yet, the benefits of some related strategies were often not so clear. Early attempts by some branded and generic producers to settle patent disputes in ways that effectively deferred entry, so-called reverse payments, were eventually banned by US courts. Other efforts, like those of branded manufacturers that launched their own branded generics in response were, however, innocuous: prices to patients and payers were lowered and pharmaceutical producers were, at least to some extent, able to circumvent reference pricing or arbitrage to enforce profit and welfare maximizing price discrimination.

From a commercial perspective, a patent challenge is apt to severely cut the expected revenue to the patent owner. It is the market, i.e. the buyers' willingness to switch and the various price and non-price interactions at the time of entry, that determines the share of sales which remains with the incumbent. From a welfare point of view, a successful patent challenge eliminates the risk of granting exclusivity to an already existing technology; its impact on monopolistic pricing, and thereby on the level of welfare loss and the sharing of remaining benefits between consumers and producers, depends on the overall market response.

All things being equal, the ability to challenge a patent increases the incentive to innovate. Yet this can only be achieved when resources are in place to innovate. Clearly, challenging patents provides a means for India Inc. to sustain its generic business model in a TRIPS compliant fashion. Advancing from here, however, requires the country or any other emerging economy to refocus R&D efforts on product technology and, for their own benefit, to insist on a nation-blind enforcement of intellectual property rights. And, looking larger to rewarding those responsible for R&D and intellect, standards and implementation principles must be clear to avoid stifling the benefits of technological progress and global commerce.


(Ralf Boscheck is Professor of Economics and Business Policy at IMD where he directs the Breakthrough Programme for Senior Executives)
Tags assigned to this article:
exclusive to web news 9 imd nppa r and d ralf boscheck pharma patents drug prices