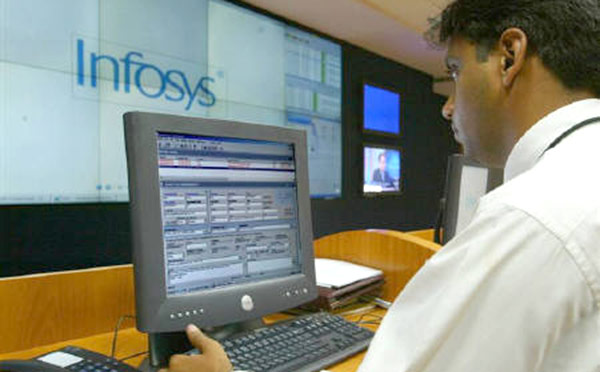 Infosys, India's second-largest IT services exporter, said on Tuesday it had fired Abraham Mathews, chief financial officer of its Infosys BPO unit, for failure to comply with the company's code of conduct.

Infosys BPO chief executive officer Gautam Thakkar resigned on "moral grounds" and would leave the company on Nov. 30, Infosys said. It did not give details about the charges against Mathews.

Infosys spokeswoman Sarah Gideon said the company would not comment further on the confidential investigations.

"The financial irregularities are not material in nature and the company has already made required disclosures. The company has taken disciplinary action on employees," she said in an email.

Apple did not immediately respond to an email sent outside business hours seeking comment.

The irregularities in Infosys BPO's dealings with Apple came out during an internal audit, said one of the people at Infosys, who declined to be named as he was not authorised to speak to the media.

Though the audit showed that the financial impact of the wrongdoing on the company was minimal, Infosys decided to take a tough stance to demonstrate its "zero-tolerance policy for any improper conduct," he said.

The Economic Times newspaper on Thursday said Infosys would soon fire at least six more employees at the unit, after investigations revealed that they had produced inflated invoices and allegedly overbilled Apple for many months.

Infosys earlier this year brought in Vishal Sikka as its new CEO to chart a new strategy for the company, once a trend-setter for India's more than $100 billion IT outsourcing industry. Infosys has struggled in recent years to retain staff and market share.