Indirect Tax Reforms: The Reversal And Road Ahead 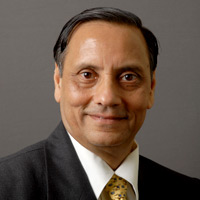 08 November, 2014
Print this article Font size -16+
Liberalisation of the Indian economy in 1992 forced the government to undertake indirect tax reforms so that the Indian industry can face international completion and economic growth can be accelerated. Peak rate of customs duty was gradually reduced from 300 per cent to 10 per cent. Excise duty was gradually reduced from peak rate of 220 per cent to 16 per cent and simplified 2 rate structure was introduced. The government's revenue requirement was met by reduction in tax exemption, introduction of service tax in 1994 and also significantly higher tax collection due to accelerated economic growth. Reduction in the tax rate also improved tax compliance and investment climate. Tax administration was improved and modernised.

Major Break Through:
After achieving major success in central tax reforms and reaping its benefits in the form of higher economic growth and revenue buoyancy, it was realised that without undertaking tax reforms at the state level, the Indian economy will remain fragmented and the industry cannot derive significant gains. This led to the introduction of uniform VAT at state level in 2005 replacing multi rate sales tax. The introduction of uniform VAT by all 29 Indian states in India's federal structure was a watershed moment in the history of tax reform in India. It was a major step forward towards making India a one common economic market. This paved the way for moving towards national goods and service tax (GST). As a first step, the central government introduced comprehensive CENVAT credit scheme which allowed full tax credit for inputs and input services used in manufacture or provision of service.

Second Phase of Reforms:
The positive impact of indirect tax reforms on India's economic growth and on tax revenue of the centre and states encouraged the central government to initiate the second phase of tax reforms. In 2007, policy initiative was taken for the introduction of GST with the full support of the states. The replacement of multiple taxes by GST is intended to make India a true common market and the Indian industry internationally competitive, while ensuring buoyancy in tax revenue. Based on the report of the joint working group of the centre and states on the feasibility of GST in India's federal structure, Empowered Committee of State Finance Ministers (EC) released the basic framework of GST in March 2008 and a road map for its implementation. Significant progress was made during 2008 to 2010 in building national consensus involving different stake holders with the help of industry chambers notably ASSOCHAM. The computer system for GST has been developed by independent agency and documentation and procedures framed by joint working groups of centre and states.

Phase of Policy flip-flop and Reversal of Tax Reforms:
During the second term of the present government at the centre, policy flip-flop started which led to stagnation in the tax reform process and later reversal of reforms process started. The short term revenue considerations slowed down the reform process to introduce GST. Political considerations overtaken economic rational at national level reversing the reform process The Constitution Amendment Bill to facilitate GST pending in Parliament since March 2011 changed 3 times and is likely to be modified further. In 2011 the reversal of tax reforms started. Most of the states moved away from uniform tax rates and started increasing tax rates resulting in multiple VAT tax rates among states. New documentary impediments introduced in movement of goods.

The central government has also significantly diluted the CENVAT Credit Scheme denying input tax credit in several cases which were allowed earlier between 2004 and 2010. In July 2012, Service tax has been extended to business activities treating them as declared services which are already taxed by states like licensing of IPRs and software, leasing of movable assets etc. resulting in double taxation.

Present State of Indirect Tax Structure:
Today we continue to have a highly inefficient indirect tax structure. There are multiple taxes on goods and service having adverse cascading effect on cost of products and services. Increased complexity led to high compliance cost and litigation. Continuation of Central Sales Tax and reduced input tax credit on inter-state transfers kept the Indian market fragmented. Uncertainty on tax treatment of business activities and denial of full credit for input taxes is discouraging new investment. At the central level, excise duty has a multi rate structure and the rates for individual products keep changing from time to time. Central sales tax and different VAT rates being charged by states on the same goods continue to fragment Indian market. The current indirect tax structure makes Indian industry uncompetitive due to the cascading effect of multiple taxes and high compliance cost.

Urgent need to implement rational GST:
India's economic growth this year has fallen sharply and there is stagnation in Indian exports. Inefficient domestic indirect tax structure is one of the contributors. In the present global economic environment, there is an urgent need to replace the existing tax structure by rational Goods and Service Tax covering all tradable goods and services. GST will make Indian economy competitive and accelerate its growth. It will remove the cascading effect of taxes from cost of products. It is expected that rational a GST structure will reduce overall cost of indigenous products and services by about 10 per cent resulting in higher exports and reduced inflationary impact. A simplified GST structure will reduce compliance and litigation cost. Inbuilt check through seamless credit mechanism will improve tax compliance, widen tax base which would lead to higher tax: GDP ratio and buoyancy in tax revenue. GST is expected to boost GDP growth by at least 1 per cent apart from attracting higher investment for future growth.

Major hurdles in implementing GST:
There is consensus among all stakeholders on introduction of GST to replace the present inefficient multiple indirect tax structure. However, certain differences among stakeholders on its design and institutional framework need to be addressed to move forward. The following hurdles are delaying the implementation GST:
These hurdles can be crossed with strong political will for implementing this mega tax reform which is going to benefit all stakeholders and put Indian economy on high growth trajectory.