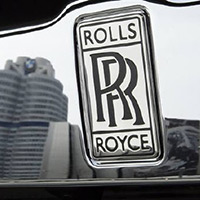 08 November, 2014
Print this article Font size -16+
Two men arrested as part of a Serious Fraud Office (SFO) investigation into concerns of possible bribery and corruption at Rolls-Royce in Asia have had their bail lifted, Britain's Sunday Times newspaper said.

Sudhir Choudhrie, an Indian-born donor to Britain's Liberal Democrats, the junior coalition partner, and his son Bhanu were arrested in February.

Bail for the pair was lifted in July, the newspaper said without citing sources, in an indication that they are expected to play no further part in the inquiry.

Britain's SFO declined to comment when contacted by Reuters and Rolls-Royce could not immediately be reached for comment.

The Sunday Times cited a spokesman for the Choudhries as saying "they deny any wrongdoing and have co-operated fully with the authorities", echoing their spokesman's comments in February.

Rolls-Royce, the world's second-largest maker of aircraft engines, said in December the SFO had launched a formal investigation into concerns of possible bribery and corruption in China and Indonesia.

A year earlier, it had passed information to the SFO relating to bribery and corruption involving intermediaries in overseas markets, and said it could face prosecution.

In March the firm said it had cut the number of middlemen it uses as it steps up efforts to prevent bribery and corruption.

The Choudhrie family founded C&C Alpha Group, a London-based firm that invests in sectors including healthcare, aviation and hospitality, according to the company's website.