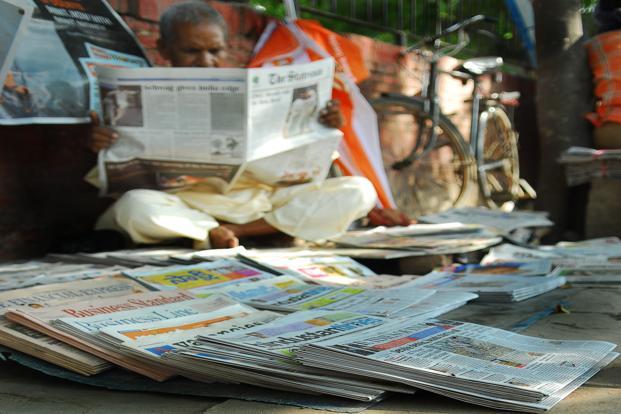 16 June, 2015
Print this article Font size -16+
Be it television, radio, newspapers, magazines or books, the Indian market will continue to register healthy growth across all measurable indices over the next four years says the latest report by PricewaterhouseCoopers (PwC) titled the ‘Global media and entertainment outlook 2015-2019’, highlights of which were released on Wednesday (10 June).
As per the report, within next four years, India is expected to become the seventh-largest market for television advertising revenue in the world. Also, Brazil, China and India combined will account for a quarter of growth in global total TV advertising revenue says the report.
The same will be true for the newspaper industry, the report said even as it maintained that the global newspaper industry continues to shrink in its most established markets. “Expanding literacy, economies and population spur consumption. The two countries combined will account for an astonishing 57.3 per cent of global average daily unit circulation print in 2019, up from 49.7 per cent in 2014,” the report said.
According to the report, growing middle classes will drive consumer magazine revenue in countries such as India and Mexico. The PwC report forecast a compounded annual growth rate of 4.5% for India. “Importantly, these countries are still seeing growth in print as the emerging consumer classes buy lifestyle magazines and those focussed on luxury goods,” it said.
The report said the growing middle classes in China and India will continue to make radio remain the most significant revenue growth contributors in the next five years.  In India, the radio revenues are projected to grow at 8.9 per cent by 2019 while China will see a growth of 8.7 per cent.
On the growth in video games, the report said that the single biggest shift in total video games revenue will come as countries such as India and South Africa see social/casual gaming revenue overtake traditional gaming revenue by 2019.
Tags assigned to this article:
india more 4 china brazil media newspapers magazines pwc report