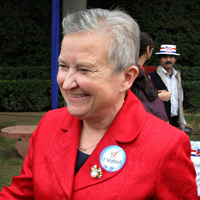 08 November, 2014
Print this article Font size -16+
The US on 8 November complained that regulations governing import of defence technology by India were outdated and needed to be reviewed. Terming the norms governing export of defence technologies by the US and import by India as "complicated", US Ambassador to India Nancy Powell said "some of our regulations have not been revised since 1950s and 1960s" and "don't reflect the current role of India". She also noted that American companies are very interested in Indian market.

Asked about Deputy Secretary of Defence Ashton Carter's remark about the US involvement in developing India's indigenous defence technologies, she said US companies are very interested in it and suggested the need for revising certain regulations to make it possible.

Asked how she was looking at Indo-US relationship in the next six months, Powell, speaking at the World Economic Forum here, said it is likely to be reviewed so that the cooperation can be further expanded.