Indian Railways On A Fast Track 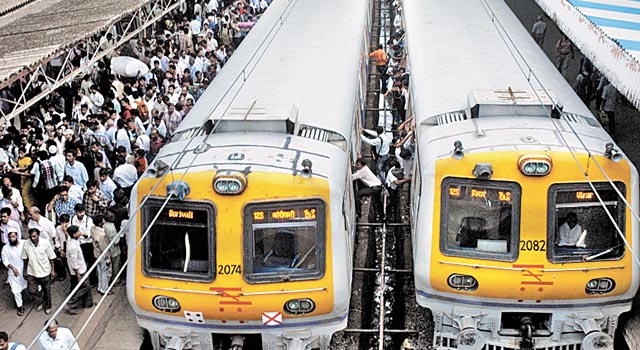 14 September, 2015
Print this article Font size -16+
When the railway minister gets up to present his second railway budget, Indian Railways would have more than just a blue print of modernisation and development, says Ashish Sinha

Mostly good reasons every one may agree that there is a buzz around Indian Railways. Not a week goes by without the official machinery of the railways coming out with some announcements here or a new initiative there. For citizens and travellers of Indian Railways, the key takeaways are: its newsy, new initiatives are in abundance and a lots of plans are in motion. By any means, Indian Railways under the Union railways Minister Suresh Prabhu is no longer the ministry that it used to be or had become under some of his predecessor’s which only made news for broadly two reasons - on the day of Railway budget presentation and again on days of any tragic events connected with rail travel.
It is not the case now. Stinking washrooms on trains may become a thing of the past with the railways launching the trial run of vacuum toilet on Dibrugarh Rajdhani from Monday (14 September).
Now it is in news more often for projects like Vacuum toilets, a first in railways, and on the lines of airplanes. Vacuum toilets are currently on trials in Dibrugarh Rajdhani. In the past 15 months, IR has initiated and implemented a number of customer-centric projects like Passenger Helpline No. 138 and security helpline 182, e-catering service in trains, Smart card for cashless travel, SMS Alerts to passengers, mobile security app for woman on Mumbai suburban trains, Braille Signages on coaches, CCTV on coaches, R.O. drinking water at stations, Facility of ‘Wi-Fi’ services on Railway stations, 100 per cent FDI in identified areas of Railway, Global Positioning System(GPS) for unmanned level crossings among several others. Some of these projects have been implemented, while the work has been initiated on others.
Now Japan has been convinced to pump in $140 billion over the next five years for revamping the IR network. Prabhu was in Japan recently. As part of the deal with Japan, around 400 stations have been listed in the modernisation project of the Indian public transporter network. Japan will provide its expertise in solving problems of sanitation including the development of waterless, odourless toilets in trains and stations.
Some may argue about Indian Railways creating similar buzz around a decade back with Lalu Yadav at the helm of affairs. At that time too, Indian Railways was in news. Business media was following every rupee earned or proposed to be spent on railways. Stations revamp was one of the priority areas back them too. Even high speed trains or the concept of aping a high-speed train for domestic tracks was spoken about. But there is a difference. A decade back, coalition politics was at the centre stage of India. And it had its own ‘compulsions’ as often described by the political leaders back then. Coalition politics also took its toll on IR and its functioning back then. But no more now. Now, even the ministers know that if work-on-ground is not visible, the voters can be unforgiving during elections. But set aside that politics and compulsions, Prabhu is striving hard to set as many balls in motion, as possible. Efforts of Rail Bhawan and its divisions are being sensed outside India too.
Reports say the Internet search engine giant Google has decided to partner with IR for 'Project Nilgiri' and is set to bring in free Wifi access across 400 stations in India. Reports say Google Fiber will be making its way to India. In US, Google Fiber provides high speed broadband.
In about five months, when the railway minister gets up to present his second railway budget, Indian Railways would have more than just a blue print of modernisation and development else the buzz could simply translate into noise and chaos.
Tags assigned to this article:
indian railways ashish sinha suresh prabhu