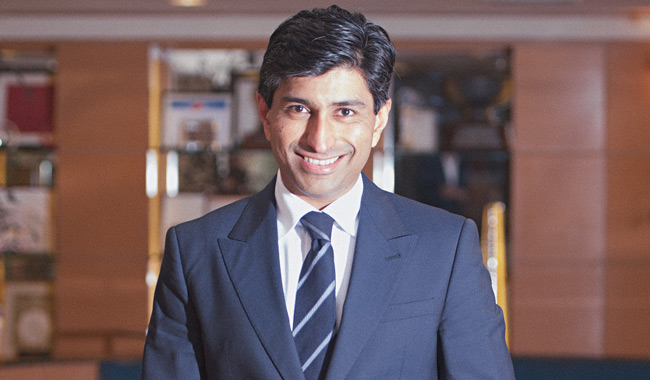 09 June, 2015
Print this article Font size -16+
The state of Indian economy will not be a result of policies and directions, but will largely dependent on the implementation and political will. The government of Prime Minister Modi was elected with a mandate to improve the business climate, domestic and foreign investment, infrastructure, and India’s overall competitiveness, particularly in manufacturing activities. After the completion of nearly an year of governance by the Modi government, it is fair to say that the year gone by is earmarked with lot of ‘intentions’ and forward looking approach. The Indian market did outperform most of the global markets in 2015, the capital markets did well in H2 FY14 to finish on a high.
The Government did pick up the right gauntlet since coming to power last year by focussing on the revival of growth in the Indian economy and rightly, chosen to give the Industrial sector a structural push to achieve its goal. The government’s announcement of revival of infrastructure sector focus along with the ‘Make in India’ initiative, which intends to make manufacturing the engine of growth and ‘Skilling India’ could be the trick the country was looking for. |
The Indian economy witnessed a bounce back from the lows experienced during the last couple of years. The data released by the Government shows that GDP had indeed grown by 5.5% in the first two quarters of the Financial Year 2015 (FY15). This was pre-dominantly due to the positive sentiment of the country and a cyclical bounce back in the current year. The encouraging signs were felt with growth in Mining, manufacturing and Electricity as compared to the last year.
The persistent high levels of inflation have had a major negative impact on the economy as it continued to erode the purchasing power on one hand and on other forced the RBI to keep interest rates high. However with the decline in inflation to a low not seen in past few years even as the weakness in the domestic economy finally filtered through the inflation metrics, the country is keenly focused on achieving the electoral mandate. The Government has started to make some headway by strategically trying to fix the long term gap and address the low hanging fruits. The decision to increase FDI cap in defense to 49 percent, deregulating diesel prices, paving the way for new investments in this sector; expediting environmental clearances; reforming the coal sector via auctions and creating an environment for a greater PPP model , working on the financial inclusion , skilling have started to build the momentum to the positive sentiment.
Overall, there is a real sense that a new set of reforms and the enthusiasm in the markets will make way for a sustained era of high growth. That being said, the government’s job is not yet over. Given the high expectations of success, it has now become imperative for the government to deliver in order for the growth momentum to be sustained.|
The current juncture presents a window of opportunity for reform. The sharp decline in the oil prices means that policymakers could implement tax reforms to help rebuild fiscal space or finance better targeted policies while removing distortions that hinder activity. The challenge now is for policymakers to seize this opportunity.
While the intent is clear and the start seems to be impressive, some of the initiatives deserve some more discussion. Some of the policies in its current avatar lack the operational details as to how the ambitious targets under scheme will be achieved.
The observation is - the Indian economy had been drifting and meandering without a credible monetary anchor however there has been an upward swing since late 2013.
The move towards ease of business and identifying 25 key sectors could be a game changer for the Indian industry as the country strives to create a new mindset to increase the share of manufacturing in GDP to 25 per cent  from the current 16 per cent.
All of this is doable and the policy framework is moving in the right direction, however its implementation holds key to the country’s fortune.
The author, Ratul Puri, is the Chairman of the Board of Directors of Hindustan Powerprojects Private Limited (Hindustan Power).
Tags assigned to this article:
economy opinion 5 one year of modi ratul puri