Indian Drug Cos Get Foreign Experts For Quality Check 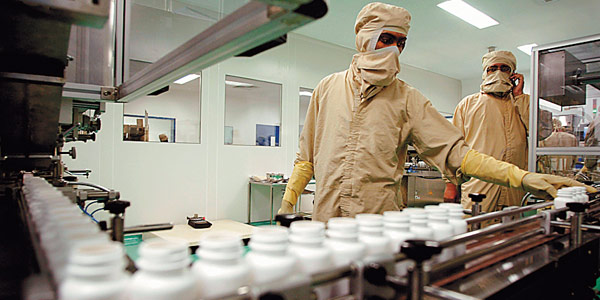 08 November, 2014
Print this article Font size -16+
Wockhardt, the Indian pharma major now under the US Food and Drug Administration (FDA) scanner for quality issues with two plants, may soon get a few rounds of surprise inspections. Not by the official drug regulators of India or the US, but from Intertek, a leading global quality solutions provider offering auditing and inspection, testing and training, advisory and certification to various industries.

Wockhardt has roped in Intertek as a third party consultant to offer quick medicine to sort out its troubles and ensure the quality of its products across the supply-chain, from ingredients to packaging.

"We do even surprise checks to ensure our audits are taken seriously by companies", says Rajesh Saigal, regional managing director of Intertek, South Asia. And he reveals that out of his 8,000 plus clients in India, about 400 are pharma companies, including the likes of Dr Reddy's Laboratories.

Read Also: Why Ranbaxy Won't Be the Last Co To Come Under USFDA Scanner
Like Wockhardt, many Indian drug makers are increasingly using the services of global standard quality assurance companies like Intertek, SGS and BV to ensure the products they manufacture conform to the quality benchmarks set by regulators like the US FDA. Their role is to find shortfalls in manufacturing processes from sourcing to data maintenance and across the drug supply chain. "We work with them starting from the R&D for a particular product till the end product", says Rajesh Saigal.

"The quality benchmarks mandated by regulators like the US FDA are increasing every year, especially automation, supply chain management and data maintenance and that is an ever-evolving process. To ensure quality assurance we do lots of in-house investments in training and system upgration", G V Prasad, chairman CEO of Dr Reddy's Laboratories told Businessworld in a recent interaction.

India has the largest number, 523 US FDA registered facilities as of February, which is 17.4 per cent of the total 2,997 such facilities outside the US. Indian companies accounted for 39 per cent of all Abbreviated New Drug Application (ANDA) for generic drugs approvals in 2013. Naturally, India accounted for the highest number of inspections outside the US, 121 compared to 68 in China in 2012. As a result, more Indian companies are coming under the regulator's scanner.

The US FDA had issued import alerts against 21 Indian manufacturing facilities during 2013 including those of Ranbaxy Laboratories and Wockhardt. In 2014 so far, the FDA has issued import alerts against two Indian facilities including an active pharmaceutical ingredients (API) manufacturing facility of Sun Pharmaceutical Industries Limited (Sun Pharma). A total of seven Indian facilities were under import alert in 2011, nine in 2012 and 32 in March 2014, notes a report by India Rating & Research, a Fitch Group company.

Analysts Avinash Lodha and Sreenivasa Prasanna of India Ratings & Research believe although an important and urgent matter for the Indian pharmaceutical exporters, the higher number of import alerts from the FDA is 'business as usual' for the industry. "The import alerts have so far not reduced the Indian pharmaceuticals exports to the US by a substantial amount, which grew 14.2 per cent y-o-y in 2013 to Rs 22,500 crore. The impact on the existing exports revenue to be around 7-8 per cent of the total exports to the US and around 2 per cent of the overall 2013 pharmaceutical exports from India", they say.

They estimate a substantial revenue impact is likely for Wockhardt (above 25 percent top-line erosion likely) and Smruthi Organics Limited (above 50 per cent). "Ranbaxy Laboratories and RPG Life Sciences also will not see any significant revenue erosion. However, they may face a substantial opportunity loss on account of postponed product introductions and expenditure on corrective actions along with the time and effort required to regain FDA approval (usually one to two years)", says the analysts.
Tags assigned to this article:
web exclusives pharma p b jayakumar ranbaxy wockhardt sun pharma usfda sgs quality assurance global quality solutions provider auditing and inspection advisory and certification global standard quality assurance intertek bv