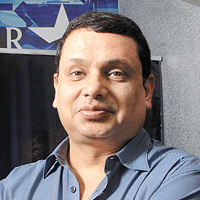 The no-show by ESS for the BCCI rights and Star TV entering sports programming has set off speculation that there is a rift between ESS and Star TV. ESS is a 50:50 joint venture between Rupert Murdoch's News Corp (owner of Star TV) and the Walt Disney-owned sports broadcaster ESPN. Sources say the joint venture terms are that either side can bid for sports rights, but ESS channels will have the first right to broadcast these programmes. Of late, ESS has been conservative in evaluating the value of cricket rights, and kept away from the very expensive BCCI auctions. However, Star TV has entered the fray to ensure ownership of these important matches stays within the News Corp fold. These matches may ultimately be offered to ESS for broadcast, say industry sources.

Is the average Rs 40-crore-per-match that Star TV will pay over six years a viable business proposition? Nimbus Communication buckled under after being able to cobble together barely Rs 15-18 crore a match at an average. Nimbus's chairman Harish Thawani believes the value of cricket rights have been eroded by over-exposure and fatigue.

Star TV sources say Nimbus was overly dependent on advertising revenue with subscription and new media revenue making up just 15-20 per cent of its kitty. "We expect to reverse the trend," says a Star TV executive. According to him, four years down the line, advertising may make up just 40 per cent of the earnings.