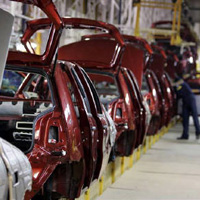 It has been a stunning 10 months for Indian auto. Consider these stats. During April 2009-January 2010, domestic passenger vehicle sales (including cars and sports utility vehicles), passenger vehicle exports, and domestic two-wheeler sales (including motorcycles and scooters) have overtaken their sales figures of the entire last fiscal (see ‘Sharp Overtake’). Commercial vehicles, too, with sales of 406,019 units so far, surpassed 2008-09’s sales of 384,122 units. Only two-wheeler exports has fallen short.

In fact, an encore of 2009-10 will be tough. If you were to rank monthly passenger vehicle sales from April 1991 to January 2010, the top 10 would have eight months from this fiscal. January 2010 would be No. 1, followed by October 2009 and September 2009. For two-wheelers, six months of fiscal 2009-10 would rank in the top 10, with September 2009 at No. 1, followed by January 2010 and October 2006.
As for companies, five car companies — Hyundai, Mahindra & Mahindra, General Motors, Toyota and Fiat — have crossed last year’s total sales already. And in two-wheelers, four companies have emulated that feat — Hero Honda, Bajaj Auto, Yamaha and Suzuki.
February looks set to be another hot month, with customers preponing purchases of cars, fearing that the excise duty cut brought in last year might be rescinded. At least till the budget day, the wave of bookings is likely to continue.
Predictions? Going by current growth rates, domestic sales of passenger vehicles should cross 1.9 million units, and of two-wheelers, 9.3 million units. But with March traditionally being a good month, sales might even touch 2 million units and 10 million units, respectively. Will we get there? The race is on.
(This story was published in Businessworld Issue Dated 22-02-2010)
Tags assigned to this article:
magazine auto sales alokesh bhattacharyya company results