New Delhi [India], January 25 (ANI): Indian Armed Forces conducted a large-scale conjoint military training exercise 'Kavach' along with 'Amphex-21' in the Andaman Sea and Bay of Bengal, said the Ministry of Defence in a statement on Monday.
The exercise was conducted under the aegis of Andaman and Nicobar Command (ANC) with the participation of Eastern Naval Command (ENC) and Army Southern Command (SC) involving assets of Army, Navy, Air Force and Coast Guard.
The military training exercise involved participation and deployment of all forces of ANC, elements of Amphibious Brigade of Army's Southern Command along with corvettes, submarine and amphibious landing ships of Navy's Eastern Fleet and Marine Commandos. Jaguar Maritime Strike and transport aircraft from the Indian Air Force (IAF) and assets of Coast Guard also participated, the Ministry said.
The conjoint military training commenced with maritime strikes by Jaguar aircraft, Para Commandos and Marine Commandos carrying out combat free fall at Car Nicobar with an aim to validate air dominance and maritime strike capability within the area of interest in the Indian Ocean Region (IOR).
"Prior to amphibious landing operations, troops of the Army, Navy and Air Force were mobilised and transported by sea and air in close coordination with all agencies," it said. 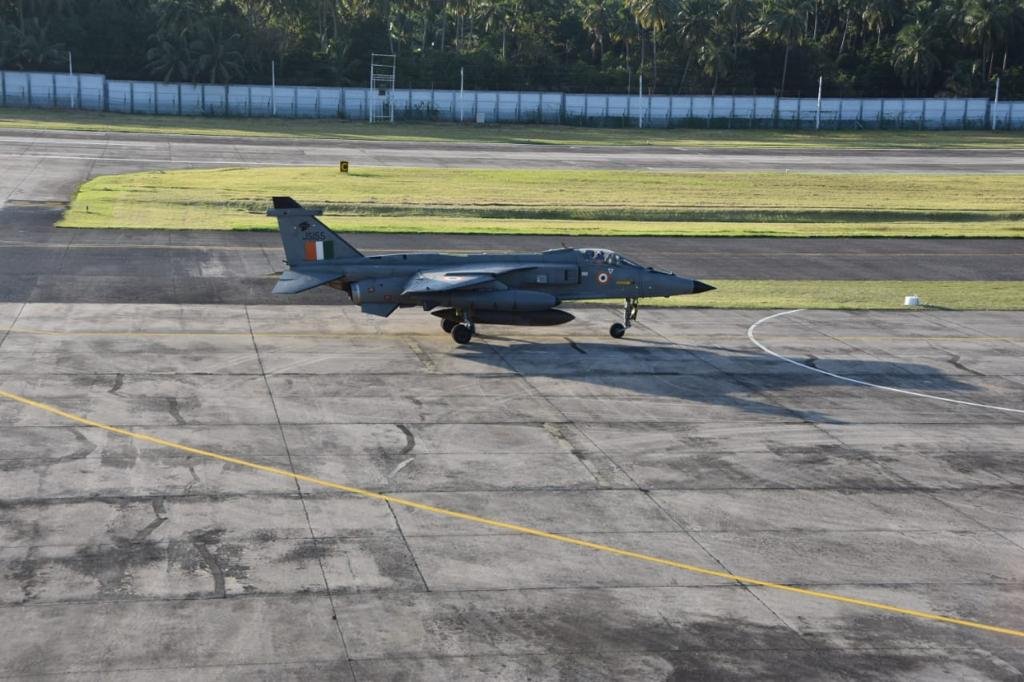 As part of shaping the battle field, MARCOS along with their combat loads and Air Droppable Rigid Hull Inflatable Boats (ADR) were dropped over the Andaman Sea, enabling the Marine Commandos to reach the target with stealth and speed. MI-17 V5 Armed Helicopters undertook precision targeting against designated enemy assets at sea and on land.
"The training exercise culminated with the beach landing operations by elements of Amphibious Brigade of Southern Command from INS Jalashwa, Airavat, Guldar and LCU MK-4 class of ships with 600 troops along with tanks, troop carrier vehicles and other heavy weapons," said the Ministry. 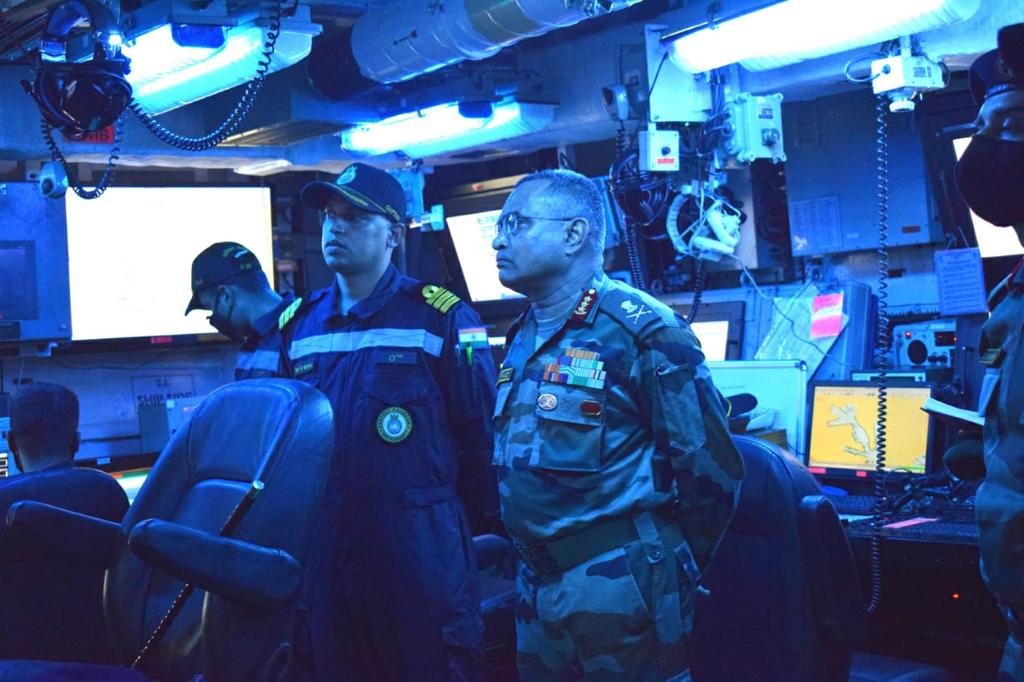 Commander-in-Chief Andaman and Nicobar Command visited the exercise area in the Southern Group of Islands to oversee the exercise and commended all Ranks for the high level of operational preparedness. (ANI)