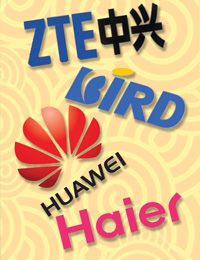 Internationally, China is depicted as a currency manipulator. It has a huge payments surplus, which it sustains by keeping its currency undervalued. It does so by buying dollars, the world's most liquid currency. It invests the dollars mostly in short-term US securities. In this way, it funds both the fiscal deficit and the payments deficit of the US. This is the consensus that has emerged, or been built up over the years.

The Chinese, of course, do not have such an unfavourable view of what their government is doing. Their view is hidden from the world. It may be because the Chinese government is no good at global propaganda, or because Anglophone media do not care to hear or read what the Chinese have to say in their own language. Nevertheless, the Chinese have a view which is not entirely senseless.

Growth of money supply has a good side to it. The more money people have, the more they will venture and invest — something the Chinese are good at. The Chinese banking system is state-owned and favours state enterprises; so the success of private enterprises depends on growth of money supply. A payments surplus brings in foreign currency; exporters who earn it convert it into renminbi, which translates itself into a rise in money supply. Hence, the Chinese consider their payments surplus to be a good instrument for economic, and especially private sector growth.

But private investment is not entirely a good thing. For the most capital-intensive sectors of the Chinese economy — transport, energy, communications and infrastructure — are government monopolies inaccessible to private enterprise. So private investment gets funnelled into property and commodities. Since their supply is inelastic in the short run, inflow of private funds into them leads to bubbles. Private investors love bubbles as long as they do not burst; so China has seen bubbles in the most unlikely commodities such as garlic.

The Chinese also worry that too much private investment is going into the already developed coastal areas, and too little into the undeveloped hinterland. But when they go to do business inland, they provoke ethnic tensions; so central Asia has become unattractive for Chinese businessmen. In the circumstances, producing industrial goods for export is the easiest solution to a number of difficult problems. It would be nice if the foreign currency earned could be invested directly in resources abroad that China needs, such as minerals. But such investment provokes fear of Chinese takeover of the poor countries. The only way to avoid fears of a Chinese takeover of Africa and Latin America is to put the export surplus in New York banks and use it to buy US government securities. That suits the USA: it enables it to run huge fiscal deficits. That is the way to make everyone happy — or at least, the least unhappy.

Little as we realise it, in the Chinese problem lies an opportunity for India. India is growing fast, and needs enormous investment to sustain growth. It is not investing enough in capital-intensive industries. Just next door are the Chinese with bulging purses. They would be glad to finance India's electric power, telecommunications, retail industry — anything they would be allowed to. The Indian government is so paranoid about the Chinese, however, that it has made it very difficult for them to invest in India. It allows westerners to invest, but fears the Chinese. It puts out such signals of distrust that the Chinese think it best to keep away.

What the Indian government does not realise is that ownership does not matter. If the Chinese make direct investments in Indian industry and infrastructure, they cannot take away the assets they so create. Location of direct investment cannot be changed; anyone who invests in real assets can only sell them to another direct investor. Nor does control matter. An industry located in India serves the Indian consumer; he does not care whether its owners are Chinese or Chileans.

The Indian government makes much play with ownership. It juggles with equity shares like 5 per cent, 15 per cent, 26 per cent, 49 per cent and so on, and tries to ensure that the control lies in Indian hands. But this misplaced patriotism is irrelevant to industry. What businessmen care for are markets and profit; as long as Indian investors have enough opportunities at home and abroad, they have no interest in controlling the biscuit industry or hairdressing saloons. The government needs to rethink its policy towards Chinese direct investment; but more generally, it must scrap its excessively intrusive foreign investment policy.