India’s Education System Is In Dire Need Of Qualitative Reforms 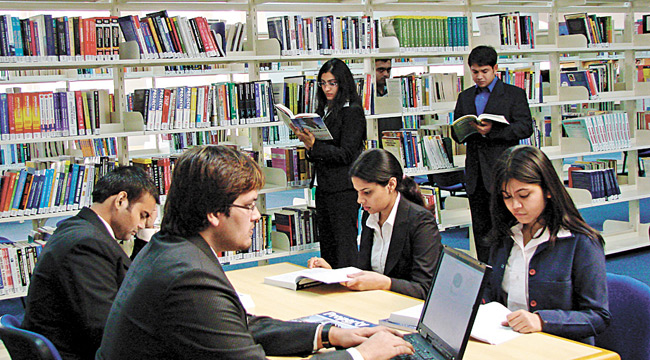 05 September, 2015
Print this article Font size -16+
Indian educational system calls for an urgent reform. But till now, little progress has been made by the central government. It is high time the Narendra Modi-led National Democratic Alliance (NDA) government should change its focus from building infrastructure such as buildings and class rooms to 'learning outcomes'. The National Policy on Education was framed in 1986 and modified in 1992. Since then many changes have taken place that call for a revision of the policy. The Narendra Modi government promised to bring out a National Education Policy (NEP) to meet the changing dynamics of the population's requirement with regard to quality education.
For the first time, the government is embarking on a time-bound grassroots consultative process, which will enable the Human Resources Development Ministry to reach out to individuals across the country through over 2.75 lakh direct consultations while also taking input from citizens online. In a country where access to education is still an issue and digital India is still to take off, the framework of NEP is yet to be structured. HRD minister Smriti Irani has, however, assured that the draft education policy shall be ready by the end of 2015.
Earlier this year, the Centre said that it would also evaluate public-private partnerships (PPPs) to finance education, seek ways of upping India's spend on higher education to 1.5 per cent of gross domestic product (GDP) from less than 1 per cent now, and emphasise on research and development (R&D). "We need to increase the budget for education significantly and keep 10 per cent of the allocation in improving teachers' competence and assessing learning outcomes and we must change the way we measure progress in this area," said Anil Sachdev, Founder & CEO of School Of Inspired Leadership (SOIL).
However, it is a known fact that higher education cannot sustain only through public funding. While PPPs in higher education have been pursued as a strategy, not many have shown successful results. Hence, the PPP models need to be revisited so as to allow more meaningful collaborations. Education experts believe that the public and private sectors, along with the centre and state governments should have an integrated approach to education to create an environment of financing with incentive.
"The government should facilitate engagement between academia, industry and research institutes in a better way including providing incentives on research so that it grows in leaps and bounds rather than create an incremental growth," says Sachdev.
On August 20, Finance Minister Arun Jaitley launched a portal —www.vidyalakshmi.com— for students seeking education loans and five banks including SBI, IDBI Bank and Bank of India have integrated their systems with the website. This is aimed to ensure that no student misses out on higher education for lack of funds, and the launch of the portal is the first step towards achieving this objective.
The government has also sought suggestions on ways to rework the examination system for better assessment of students, restructure education regulators such as the University Grants Commission and the All Indian Council for Technical Education (AICTE) as present regulatory systems tend to stymie quality and growth of our institutions.
The Sarva Siksha Abhiyan ensures constitutional provisions for providing free and compulsory education to all the children between 6 to 14 years of age. Even after declaring education as a fundamental right, there are numerous hurdles that prohibit a girl child from actually getting education. The biggest hurdle is the prejudices that families have about girls-like girls are slow learners, they are not rational; they are to be confined inside the domestic household, and why bother educating them.
For ensuring that girls get the right kind of education, the education experts believe that the government must develop role model female teachers and involve mothers of female students in running the schools as well as recognise them for encouraging their wards to study. Further, the schools must be equipped with basic facilities to make the female students safe and comfortable. They also believe that it is important to educate "Panchayats" and "city councils" about the benefit of educating the girl child and work with NGOs to remove biases against this cause.
Although the government has big plans to reform the education sector, everything remains on the policy stage as of now. Even as the country's economy has nearly stabilised, the education industry which is largely seen as a social sector should now be perceived as an industry. Educationists believe that education is very much correlated with the economic development of a country, citing examples of countries like China, South Korea, Singapore, which, in a matter of decade and a half have transformed into developed economies because of the transformational changes they have brought about in the education sector. It is now imperative for India that is undergoing demographical, economical, and digital transformation to follow the path.  As Sam Pitroda in his National Knowledge Commission paper had said in 2005 that "we need generational transformation in our education system to bring about change." But it has been a decade and we are still doing incremental changes therefore we do not see the impact.
Modi's Reforms In A Logjam; Read Businessworld magazine 24 September Edition
Tags assigned to this article:
education reforms hrd ministry smriti irani NEP aicte