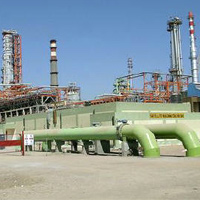 08 November, 2014
Print this article Font size -16+
India cut its forecast for fuel demand in the current fiscal year by nearly 1 per cent to 155.6 million tonnes, government data showed, due to a slowdown in economic activity.
The economy, which grew at 6.5 per cent in the year ended March 2012, is expected to grow 5.7 per cent to 5.9 per cent this fiscal year, the slowest since 2002-03.
Local fuel sales -- a proxy for oil demand in India -- are now expected to grow at 5.2 compared with 5 per cent in the previous fiscal year, when India consumed 148.13 million tonnes of fuel, according to data released by the Petroleum Planning and Analysis Cell (PPAC), a unit of the oil ministry.
PPAC had earlier projected India would consume 157.07 million tonnes of refined oil products this fiscal year, a growth of 6.1 per cent over 2011-12.
PPAC has halved its projection for growth in demand of liquefied petroleum gas (LPG) in this fiscal year to 5.6 per cent as the use of the fuel has decreased after India capped sale of subsidised cooking gas cylinders at six per household.
Diesel accounts for over 40 per cent of refined fuel consumption in India and according to the latest PPAC estimate, demand for the fuel is set to rise 8.3 per cent compared with a previous projection of 5.9 per cent as it is considerably cheaper than petrol.
India, which imports more than 80 per cent of its fuel needs, liberalised petrol prices in June 2010 but continues to regulate diesel prices to protect the poor.
Prime Minister Manmohan Singh recently said India must gradually bring local fuel prices in line with global prices. He also called for creating public awareness on the need for curbing energy subsidies.