India To Shake Up Tariff Regime To Compete Globally 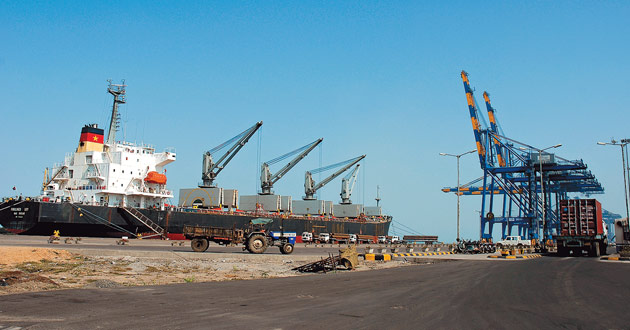 08 April, 2015
Print this article Font size -16+
Planning to pull its tariff regime closer in line with global norms to prepare for new regional trade pacts being negotiated by advanced economies, the government on Wednesday (1 April) unveiled the foreign trade policy (FTP) for five years from 2015 to 2020.

Unveiling the policy, Commerce Minister Nirmala Sitharaman said the new policy would boost exports and create jobs while supporting the Centre’s 'Make In India' and 'Digital India' programmes. “Export obligation under the export promotion capital goods scheme will be reduced by 25 per cent to promote domestic manufacturing.” The minister further said the government will promote e-commerce with focus on employment- creating sectors.

India has not been invited to join pacts such as the US-led 12 country Trans-Pacific Partnership (TPP) and is "not in a position to join," partly because its tariffs are not competitive,  Trade Secretary Rajeev Kher said, adding  the five-year foreign trade policy will be reviewed after two-and-a-half years.”

"If the country is to stand up to these agreements, it's important that we start to address these issues,"  Kher said, adding that India's access to markets was likely to erode when such pacts take effect.

FTP would focus on defence, pharma, environment-friendly products and value-added exports, the minister said, adding: “The govt will continue to incentivise units located in special economic zones... With a focus on employment-creating sectors, the government will promote e-commerce.”
Export obligation under EPCG scheme to be reduced by 25 per cent to promote domestic manufacturing, said Sitharaman, adding government will continue incentives for units located in SEZs.
Lower Tariffs For Intermediate Goods Needed
Kher said India needed lower tariffs for intermediate goods to help it further integrate with global supply chains, and that these industries would have to come more competitive. He did not give more details.
India aims to raise its exports to $900 billion by fiscal year 2019-20, said Kher.
India's total exports were $465.9 billion in the 2013-14 fiscal year that ended on March 31, 2014.
In the first 11 months of the 2014-15 fiscal year that ended on Tuesday, merchandise exports stood at $286.58 billion, government data showed.
Merchandise exports account for about one-fifth of the $2 trillion Indian economy.
In a series of tweets, Sitharaman had earlier said the latest FTP was introducing two new schemes — "Merchandise Exports from India Scheme (MEIS) and "Services Exports from India Scheme (SEIS). Under MEIS, a higher level of support would be provided to processed and packaged agricultural and food items. And, agricultural and village industry products would be supported across the globe at the rates of 3 per cent and 5 per cent.
The foreign trade policy, which is usually announced in April, provides guidelines for enhancing exports with the overall objective of pushing economic growth and generating employment.
Under the policy, the government gives fiscal incentives to exporters under different promotion schemes such as Market Access Initiative, Marketing Development Assistance, Vishesh Krishi and Gram Udyog Yojana, Focus Market Scheme, Focus Product Scheme and Market Linked Focus Products Scrip.
Falling for the straight third month, India's exports declined steeply by over 15 per cent to $21.54 billion in February, even as trade deficit narrowed to $6.85 billion.
Tags assigned to this article:
india top 1 foreign trade policy digital india nirmala sitharaman make in india