India To Have 236 Million Mobile Internet Users By 2016: Report 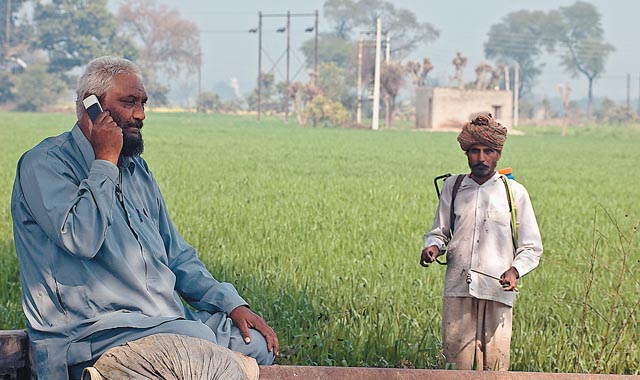 India is projected to have 236 million mobile internet users by 2016, with the numbers increasing 314 million by 2017 according to the IAMAI & KPMG Report.

India will have over 500 million internet users by 2017. As of June 2015, internet users in India stood at over 350 million. According to the Report, 2G user base in India is projected to decline in the coming years as more and more customers are expected to migrate from 2G to 3G.

Ashvin Vellody, Partner – Management Consulting, KPMG in India said, “It is imperative to connect Indians through internet of which the mobile internet will play a key role since reliable accessibility will be the killer app that will bind the internet ecosystem together, increase adoption and enable innovation in business models around voice and data services.”

The report by Internet and Mobile Association of India (IAMAI) and KPMG said rural India is steadily moving towards a more Internet friendly and exploratory mind-set. As of 2014, the Active Internet User (AIU) base in rural India was 6.7 per cent of the overall rural population of 905 million and accounted for 61 million users. 4.4 per cent of the total rural population used a mobile device to access the Internet; a figure that stood at a meagre 0.4 per cent in the year 2012.

Dr. Subho Ray – President IAMAI said “While the urban market has not reached its saturation point, it will be non - metros and rural India that will be driving internet growth in India. And this is where mobile internet will be playing a pivotal role. The advent of low cost smartphones coupled with low mobile tariffs has empowered consumers in the hinterland to use data connectivity and we will seeing more usage of internet from these areas in the months to come.”

Rural growth story in the coming years will likely be written by 2G technologies. 3G and 4G may continue to be primarily an urban phenomenon for the next few years.

Increased Internet enabled device penetration, decreasing handset prices and data plans tariffs are helping to create a suitable environment for a rapid growth of Mobile Internet in India, with rural India set to take the lead. As of June 2014, nearly 50 per cent of the AIU in rural areas accessed Internet using mobile phones, Community Service Centers (CSC) and Cyber Cafes. 38 per cent of the Active Internet Users use Mobile phone as the main access point.