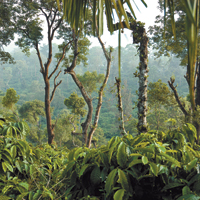 08 November, 2014
Print this article Font size -16+
India on Tuesday (01 July) said it will play a proactive role to deal with climate change and strengthen the national action plan to tackle global warming.

Environment Minister Prakash Javadekar, who discussed a gamut of climate change issues with French Foreign Minister Laurent Fabius also said that he "welcomed" the French announcement of one billion Euros credit line over next three years to India to take initiatives in climate control.

France will host the World Climate Conference next year.

"We emphasised that India will play a proactive role because climate change is real and we have decided on our national action plan. We will strengthen it further. But we expect the developed world to walk the talk," Javadekar told PTI.

The Minister, who had earlier said that the 21st session of the Conference of the Parties to the UNFCCC was "very important", said the outcome of the previous conferences should be "discussed and negotiated" much earlier and it should not be a last minute affair.

"We said the draft of outcomes always needs to be discussed and negotiated much earlier than the actual conference. It should not be a last minute affair," he said.

Welcoming the French government's announcement to extend credit line over the next three years to India to take initiates in climate control, he said, "After the actual funds arrive...for what they are giving. We will use funds...we can discuss that..whatever riders or conditions...what is the concept of the fund but we welcome".

Fabius had on Monday (30 June) said that he wants to prepare for Conferences of the Parties in close cooperation with India.

France will be proposing a credit line of up to 1 billion euros (Rs 8200 crore) over the next 3 years for sustainable infrastructure and urban development in India through Agence Francaise de Development AFD (French development agency), he had said.

Javadekar told the French foreign minister that the 100 billion dollars Green Fund should be utilised to purchase critical technologies so that they are available free of cost to developing nations.