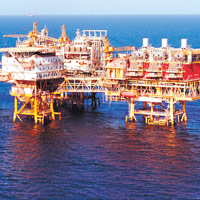 08 November, 2014
Print this article Font size -16+
Oil minister M. Veerappa Moily has ordered that increases in gas prices, put on hold by the election authorities, be backdated to April 1, in a directive that has drawn criticism from a rival politician.

A price increase was to come into effect just days before India started voting in the polls that got underway on April 7 and run to May 12. But the Election Commission in March unexpectedly requested a deferral.

The cabinet last year approved a formula linking prices of locally produced gas to global benchmarks, that could have nearly doubled prices from the current $4.20 per million British thermal unit. A rise would benefit top producers Reliance Industries and Oil and Natural Gas Corp.

"When the proposal came to me, I rightly ordered that after the model code of conduct is lifted, (the) price may be announced for the quarter July–September and also for the quarter April–June, as per the approved guidelines by the cabinet," Moily said in a statement on Thursday.

The model code of conduct is a set of election rules that restricts government decisions that might unduly influence the country's 815 million voters.

Rival politician Gurudas Dasgupta, an opposition communist, wrote to the commission urging it to ask the oil secretary to refrain from any retroactive price hike.

Leaders such as Dasgupta and Arvind Kejriwal, the head of anti-corruption Aam Aadmi Party, say that the new prices are intended to unduly benefit Reliance, controlled by the country's richest man, Mukesh Ambani.

Moily and Reliance deny the allegations.

Demand for gas in India far outstrips domestic supply, but the government has kept prices below global market levels for producers of fertilizer and electricity, deterring investment in domestic exploration and production.

India's main opposition Bharatiya Janata Party (BJP), widely expected to win the most seats in the election and oust Moily's Congress party-led government, has said it would review the gas pricing formula if elected.