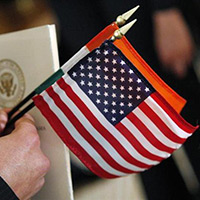 08 November, 2014
Print this article Font size -16+
India has offered to significantly increase an order for US attack helicopters, Indian officials said, as US Defense Secretary Chuck Hagel began a visit to New Delhi on Thursday aimed at boosting defence and strategic ties.

The Apache gunships and a deal for Chinook helicopters, both built by Boeing, will top the agenda in Hagel's talks on Friday (08 August) with the new administration led by Prime Minister Narendra Modi.

India has offered a follow-on order of 39 AH-64D Apache helicopters in addition to the 22 now being negotiated, a Defence Ministry official said. The sides have been wrangling over the price of the gunships, however, with the initial deal having been estimated to be worth $1.4 billion.

The two countries have rapidly expanded military and business ties in recent years, despite discord over issues such as intellectual property rights and market access.

Washington is keen to step up cooperation across the board, seeing India as a strategic partner in the face of an increasingly powerful and assertive China.

According to defence research firm IHS Jane's, India was the top foreign buyer of US arms last year. An Apache deal would be the first big military contract since Modi's government took office in May.

Hagel's trip follows one by US Secretary of State John Kerry last week and is part of the build-up to talks between Modi and President Barack Obama in Washington in September.

Hagel's talks will also cover military exercises and co-production and co-development of armaments and the renewal of a 10-year defence cooperation agreement that runs until 2015.

Hagel said the purpose of his visit went beyond arms sales.

"Our interests are varied and common - stability, security, economics, possibilities, freedom," he said en route to India. "I'll be there, working, yes, our specific issues, but it's larger ... than that."

Speaking to reporters on his plane, Hagel was asked about India's apparent reluctance to be seen as a full US ally and he replied that Washington was "mindful" of India's tradition as a independent, non-aligned state.

US officials say there is the potential for billions of dollars of new arms sales in the next few years and hope Modi can overcome bureaucratic obstacles that have held up some.

Last month, India's cabinet cleared a proposal to allow 49 per cent foreign participation in the defence industry, up from a current cap of 26 per cent.

Hagel said he would be looking at whether there would be the potential to go beyond 49 per cent something US defence firms want before allowing technology transfers India craves.

The initial batch of Apache helicopters is meant to replace the Indian Air Force's ageing fleet of Soviet-era aircraft and will be armed with Hellfire and Stinger missiles.

The Indian Army has separately requested a fleet of at least 39 of these attack aircraft, some of which will be deployed as part of a new mountain division it is raising along the disputed border with China, an army official said.

"The point is we are looking at 60 to 70 pieces eventually, so the expectation is the vendor will factor that in, in the price negotiations," said the defence ministry official, who asked not to be identified in line with ministry policy.

US defence sales to India have grown from the low hundreds of millions of dollars in the decade to 2008 to more than $9 billion since that year.